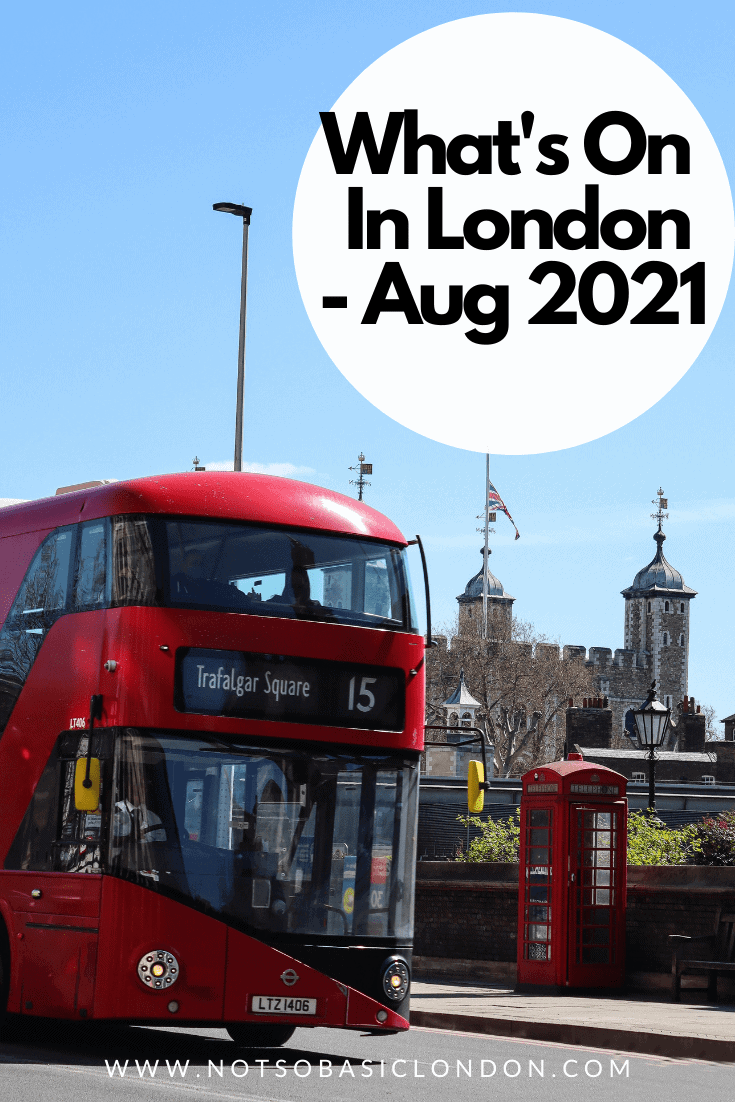 Welcome to your monthly round up of things happening in London for the month ahead! With the summer weather upon us there are lots of great outdoor events going on plus with things re-opening we can now enjoy live music, theatre and generally start enjoying ourselves again.

Have a great August!