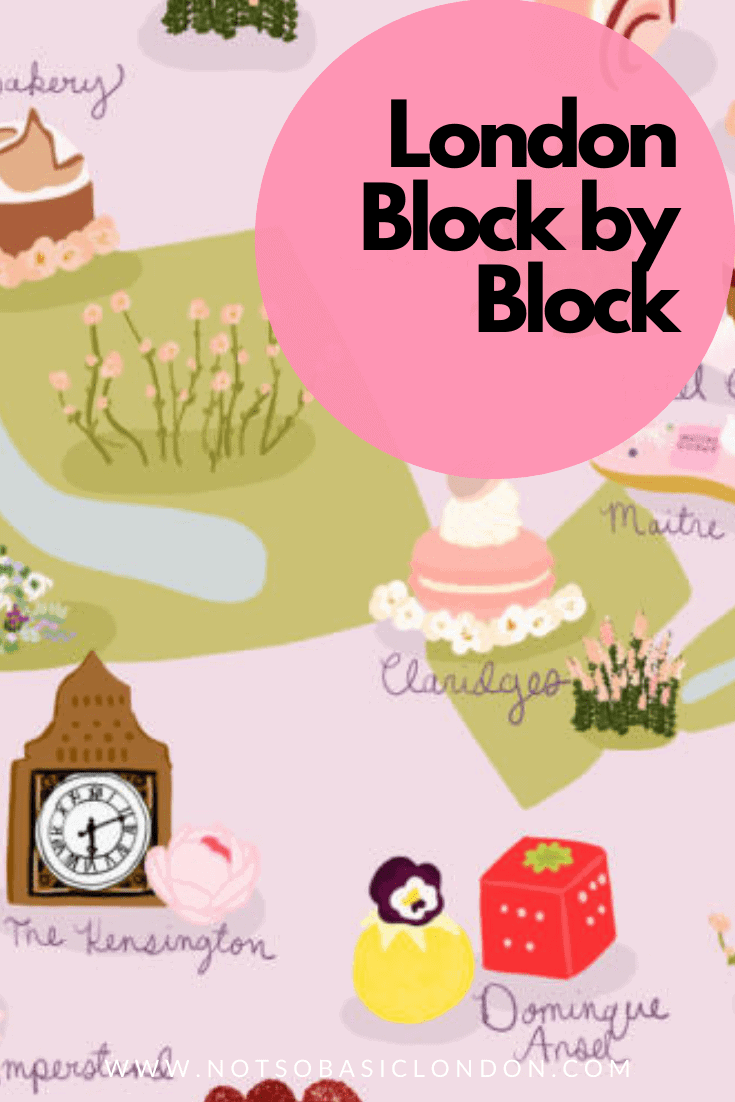 One day while I was scrolling through Instagram I came across a quirky little map beautifully depicting where to find London’s best hot cross buns. I quickly clicked onto the profile of London Block by Block and spent so much time scrolling and admiring the pages of different maps and checking out her online store.

London Block by Block was created by Cierra, mother of one with a background in medical physics. Her maps and illustrations show the best of London food and London life in a really creative and fun way.

You can buy the print right HERE  for a limited amount time until August 3rd! 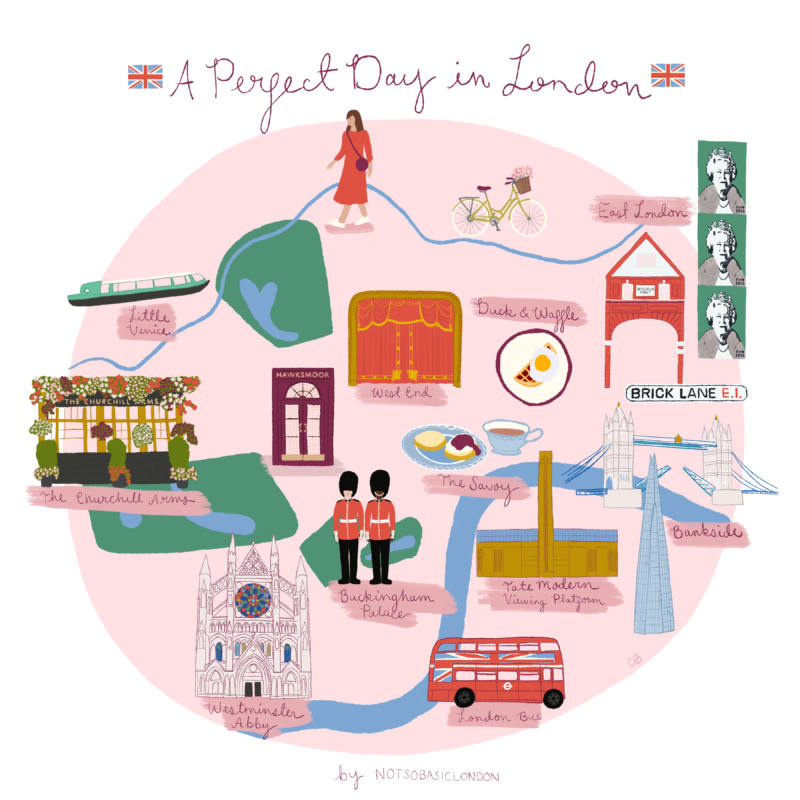 Here’s a short interview with Cierra about her, her business and the future of London Block by Block.

Tell us about yourself and how London Block by Block came about?

A couple of years ago, my husband and I moved to London.  I’m from the US and I have a background and masters in medical physics. In 2017 I became pregnant and London Block by Block started as a little side project. It started growing during my maternity leave so I didn’t want to go back to my other work afterwards.   I’m very lucky that this is now my full-time job (as well as my little girl.)

Describe London Block by Block in your own words.

I created London Block by Block as a way to organize my favourite things in London. I wanted to create guides that were fun to look at but also provide helpful information. Every map I create starts with an idea, it might be where are the best pancakes in London? What are my favourite places to go to in Marylebone? What are the best bookstores in London? From there I research and curate a list to create a useful guide. Then the fun part begins as I interpret the list I have created into an illustrated map. The combination of utility and design produces a beautiful map that allows the user to create memorable experiences.

Humans have been using maps for thousands of years as we have no choice but to experience the world spatially. When we look at a map we can make sense of our surroundings, we intuitively understand the relationship between where we are and where we want to go. The joy of creating my maps is that they are artistic and lovely to look at but also offer functionality and utility. I think this is why so many people are drawn to maps. Maps help up make sense of the world around us, and all the better if it leads to a hidden corner of London or a delicious bakery.

How do you begin to create one of your maps? How do you do your research?

I use an Ipad and Apple Pen. The maps I create and the places I feature are a mixture of places I like to go myself, and places that I know are likeable. Also, it could be seasonal. I did a hot cross bun illustration for Easter which was very popular.

How did it evolve to what it’s now?

The first illustration that snowballed this was a did a mince pie illustration for Christmas in 2018. I think that was the one that really got the ball rolling. I’m self-taught. I didn’t go to art school or anything like that. I didn’t start from the perspective that I’m a great illustrator. I started from the perspective that I can draw and I want to create maps. It took me a long time before I felt comfortable saying that I’m an illustrator, but I’ve gotten there.

What can we expect from London Block by Block in the future?

Don’t forget, you can buy the exclusive NOTSOBASICLONDON print on her website until 3rd August so be quick!

The London Pass – Is It Worth It?