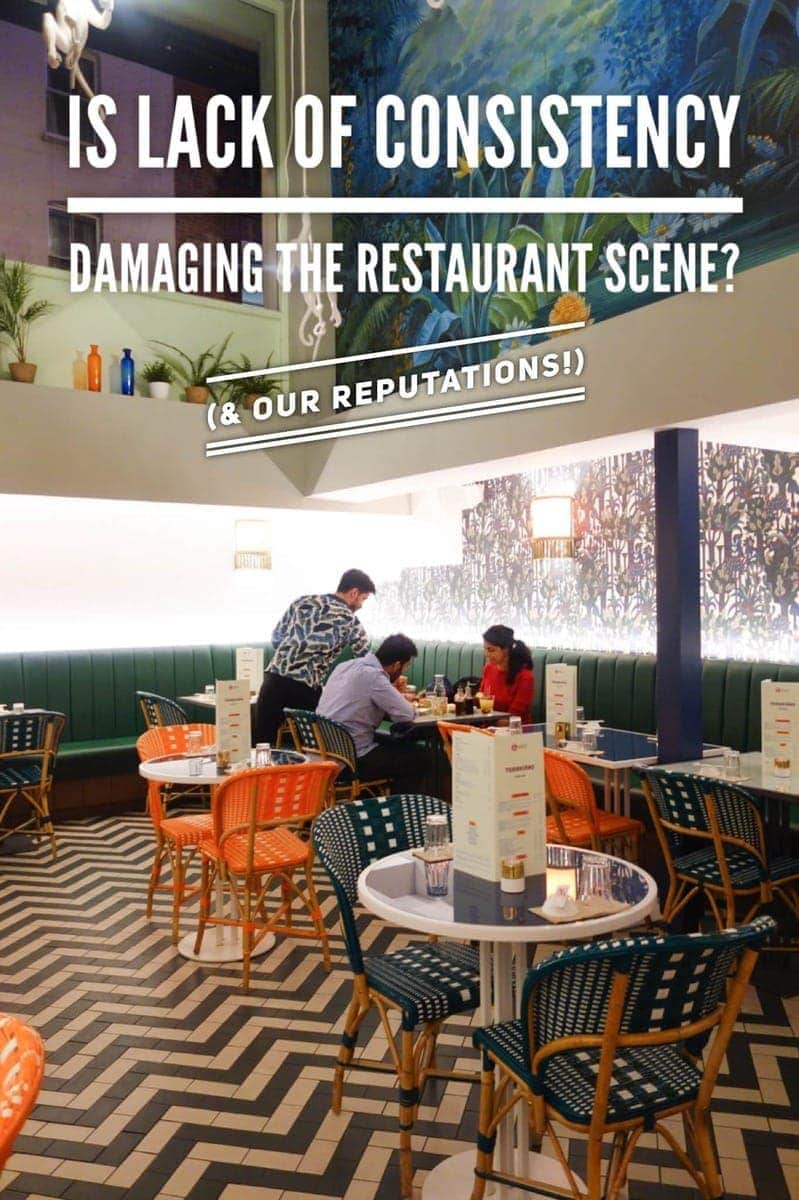 In short, the answer is yes. Lack of consistency is harming today’s restaurant scene and here’s why…

Have you ever gone out for lunch or dinner and the experience or the food was SO good you couldn’t wait to go back again and tell all your friends about it? You keep thinking about how good the service was and how you’re going to get exactly the same thing to eat as last time because it was so damn tasty! You turn up a few days later but your experience is entirely different. The moody waiter is rushing around and a plate is shoved in front of you that sort of resembles what you had the first time but doesn’t look or taste half as good as before. A few friends of yours also went to this restaurant after you said such good stuff about it only for one lot say they loved it and the others hated it.

What’s going on? How can a restaurant be so different for two sets of people? How can the restaurant I loved not be as good for my friends as it was for me? Panic sets in. Maybe I’m shit? Maybe the restaurant really is shit? Maybe I have no idea what I’m talking about and no one should ever listen to my recommendations ever again!

Woah. Take a deep breath. Everyone has their own opinion. Just like going to the cinema or the theatre we’re all not going to agree on what’s good or what’s not every time. However, personal preferences aside, the hard facts like the food and the service should always be consistent and it’s this lack of consistency in restaurants today that is a big problem.

It only takes one person to ruin (or make) everything…

If you read this article on service and how it can make or a break your experience, that’s just one part of this whole puzzle that restaurants have to deal with. They have to make sure that each customer who steps through the door has the same warm welcome as well as the same great food as the last. They also need to make sure that if that customer has been before and decided to return for whatever reason that their visit is just as good as before. It all seems very simple, doesn’t it? Now, what if for example your waiter has had a bad shift today and they’re in a terrible mood which means the service isn’t as friendly as it has been before? What if the chef that cooked your fantastic dinner last time is on holiday and there’s someone else is taking charge in the kitchen who has a different idea of how the dish should be? Unfortunately, you won’t be risking having another unsatisfying experience and therefore won’t be returning to that place again. Two examples of how small (and sometimes uncontrollable) inconsistencies can have a big impact.

What about our reputations?

While lack of consistency is damaging to the restaurants themselves, let’s not forget about our own reputation. As a blogger, a food writer and simply a human being, having people trust your opinions is really honouring. Then to have that trust broken by not living up to your word is really, well … annoying. It’s damaging to your reputation, it’s damaging to your brand and whether you’re a ‘food blogger’ or not, that one time you told someone to go somewhere and it was crap will really stick in their brain. Maybe it will tarnish their opinion of YOU when it’s actually not your fault. I once got a comment on Instagram from someone who told me that the restaurant I posted about was crap and I’d lost all my credibility! Hey mate, that sticky toffee pudding put me in a sugar trance it was so good … IN MY OPINION! Even though that really did piss me off and upset me a little, it did highlight just how different peoples experiences can be from one day to the next.

A mistake you can’t afford to make!

Unfortunately, one moody waiter, one failed poached egg, one sandwich that was bigger for you than it was for your friend (yes, these have actually happened) can cost restaurants big time.  It sounds ridiculous but it’s true. Nowadays people go onto something like Trip Advisor and make their experience (good or bad) known to everyone and when somewhere has  5*, 1*, 3* 1* reviews all in a row it sends alarm bells ringing. I don’t want to risk having a 1* experience so I simply won’t go. I’m not saying each person who visits a specific restaurant has to have an identical experience but it has to be the same GOOD experience if you see what I mean?  I hate to say it but as much as I dislike ‘chain restaurants’ (yes, I’m a snob like that) you can always depend on them (most of the time anyway!) The moral of the story is just because somewhere was good once doesn’t mean it will be again. It should be but it might not be. In the same breath just because I go somewhere and say it’s good doesn’t mean it’s going to be for you.  It’s important to realise that waiters, suppliers, restaurant managers and chefs are only human too so maybe we could cut them some slack. Unfortunately, in a city like London with thousands of restaurants and where people want to get the most out of their hard-earned cash, they’ll just go somewhere else so inconsistency is a mistake they can’t afford to make. 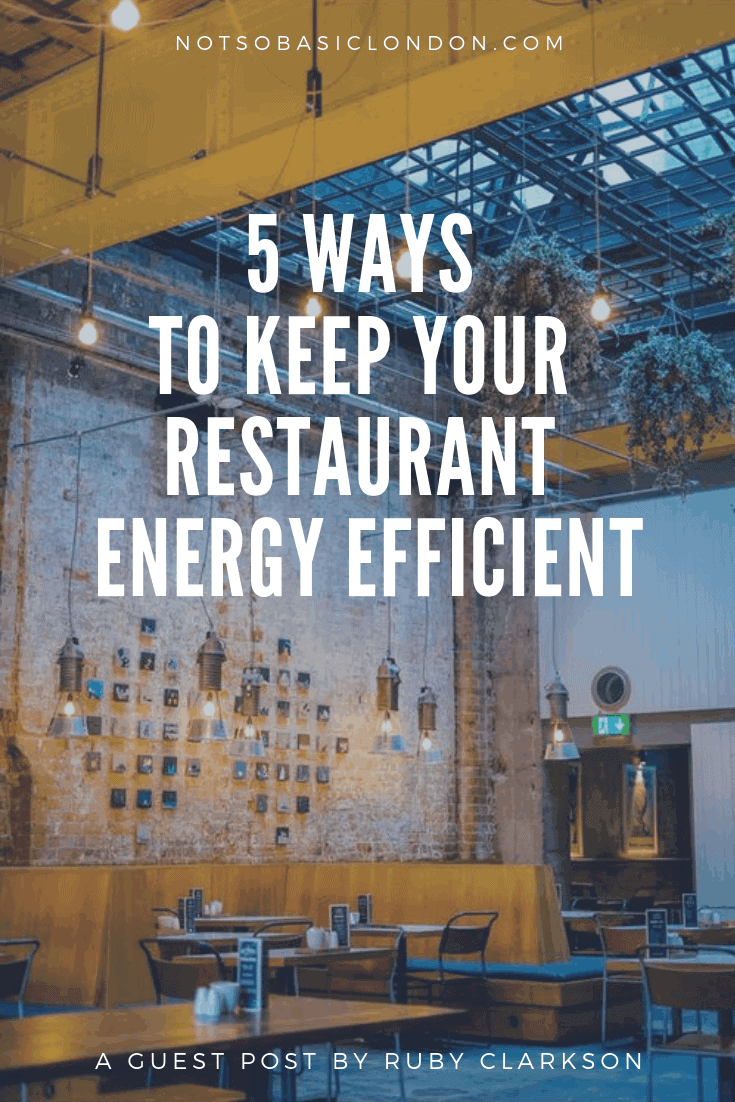