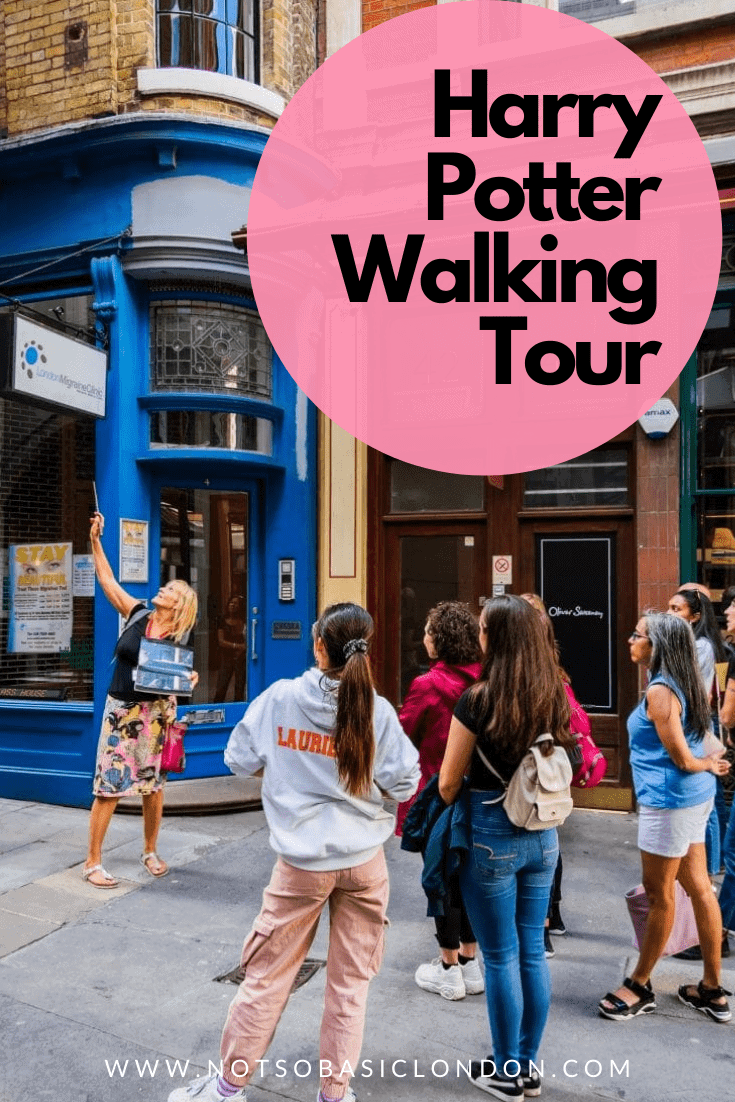 I’m a huge Harry Potter fan.  Since I was 12 years old and I went to see the first film on my school trip I was absolutely hooked. I remember dreaming that I was Emma Watson and to be honest, I kind of still do. What I remember most is that Harry Potter opened up a whole new world to me. It allowed me to escape when moments in life weren’t as good. Something I still appreciate into my thirties.

I’m lucky enough to live in London which is probably the Harry Potter capital of the world and one thing that I’ve always wanted to do was a Harry Potter walking tour of the city. I mean, how exciting to see where things are filmed, where JK Rowling got her inspiration and to learn insider facts about the world of Harry Potter. 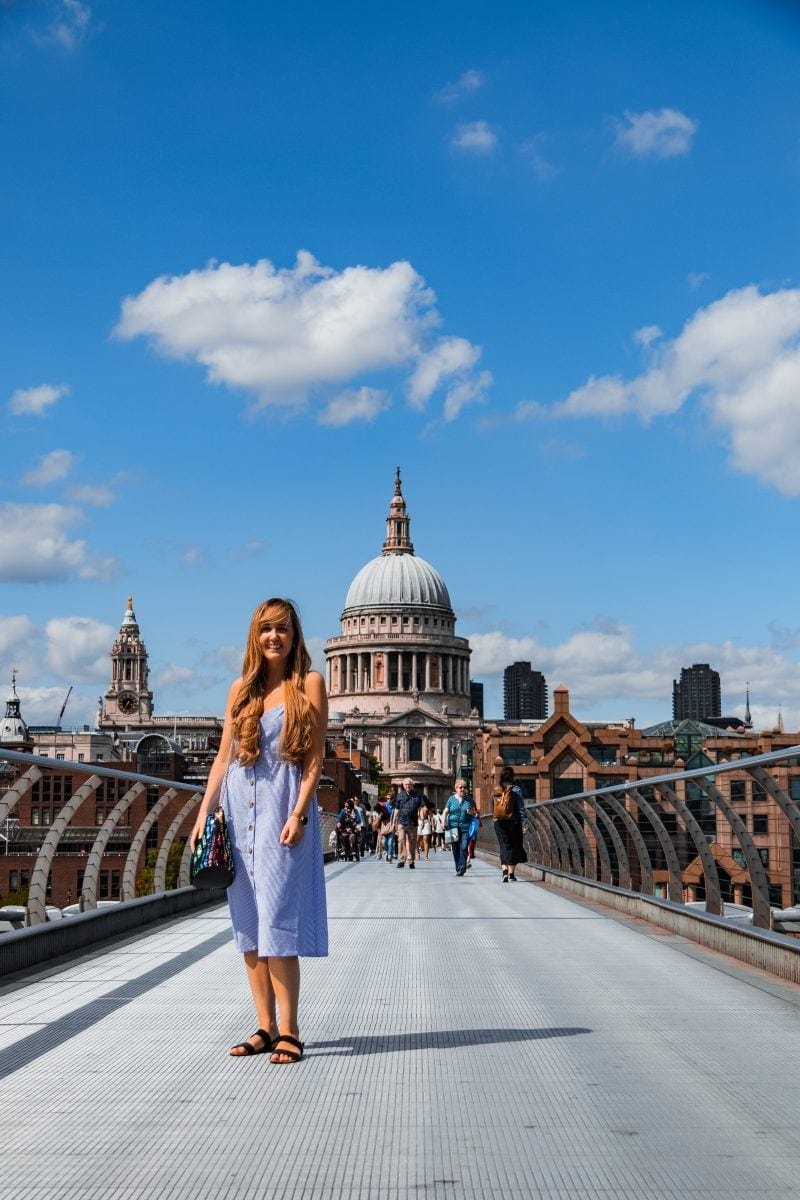 The walking tour I’m about to show you was booked through ExperienceDays.co.uk who host loads of great experience on their website for things to do in London and beyond. The experiences range from afternoon teas to helicopter tours, cooking classes to bungee jumping. I’ll tell you everything about how you can book this particular tour and other great days out with ExperienceDays.co.uk soon but first, follow me on my tour to experience the magic of Harry Potter. 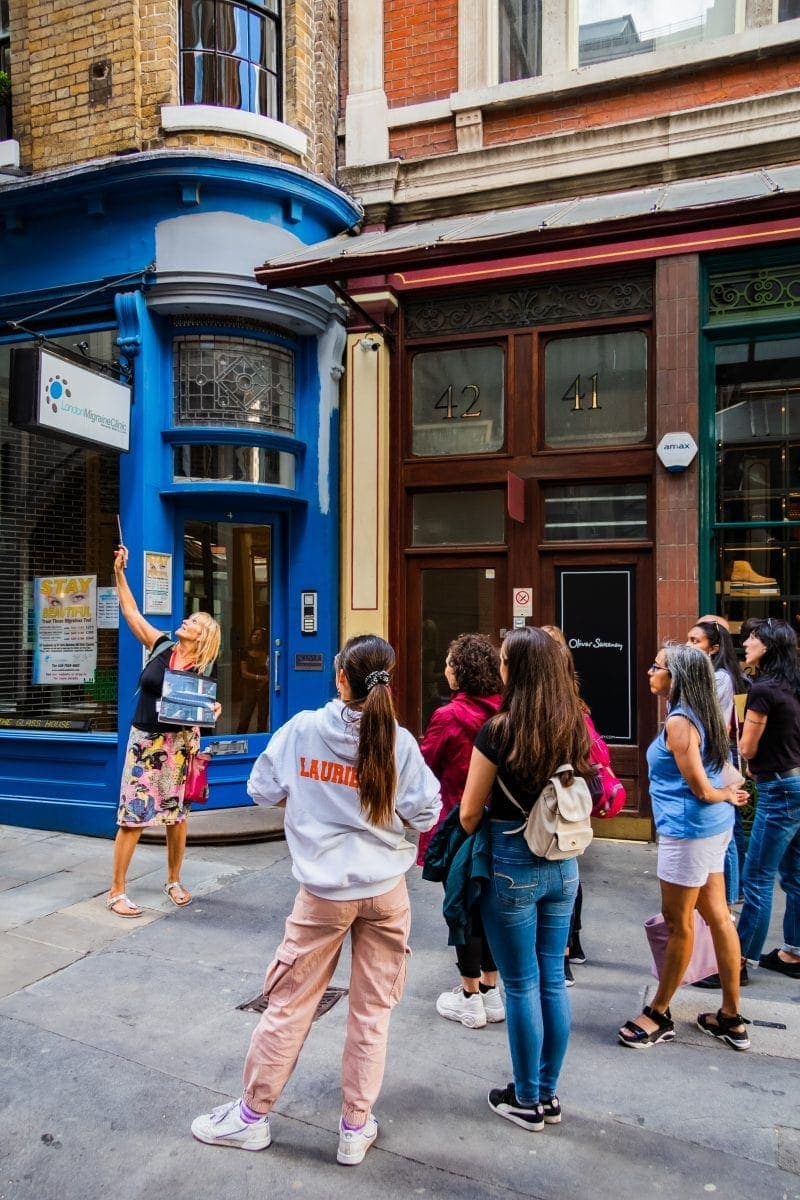 Our tour was run by a lovely lady called Eva and we met one Saturday morning at Westminster tube station. Westminster tube station is the route that Harry uses to get to The Ministry of Magic with the help of Arthur Weasley. Arthur places his hand down on the card reader because he didn’t understand how to use such a train ticket. Apparently, that’s what a lot of tourists do and Warner Bros wanted to keep that in. Eva gave us a short rundown of what to expect from the tour before we headed out to explore.

Now I’m not going to give you too much information or too many insider secrets away because that would take all the fun and mystery out of the tour but I have lots of great highlights to tease you with.

We started around New Scotland Yard which was the filming location for lots of Harry Potter scenes.  We even got a chance to re-enact a few of the scenes. If you can guess which scene I’m re-enacting below you are a serious Harry Potter fan! 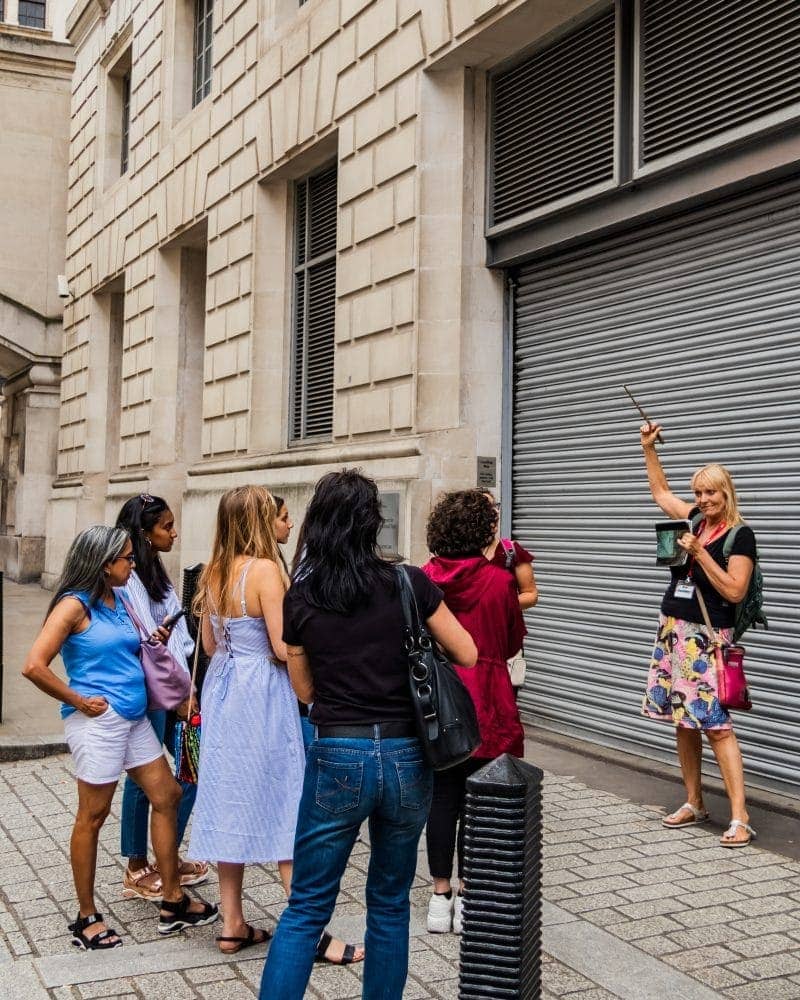 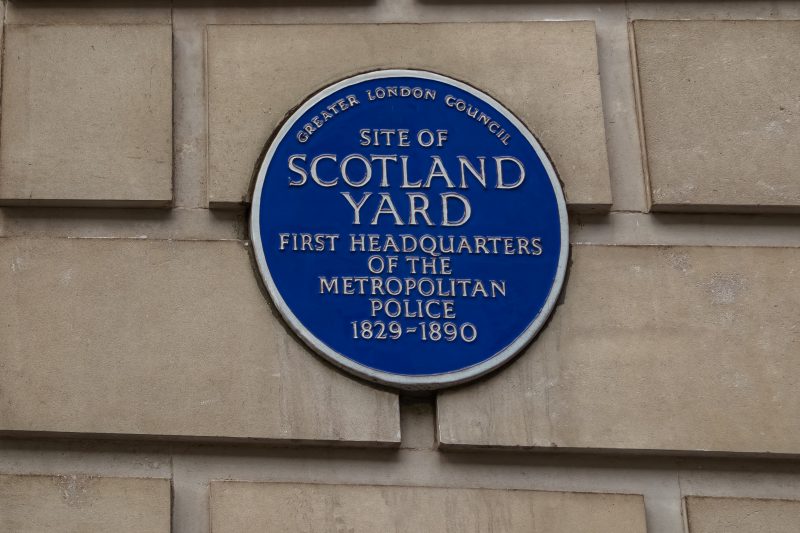 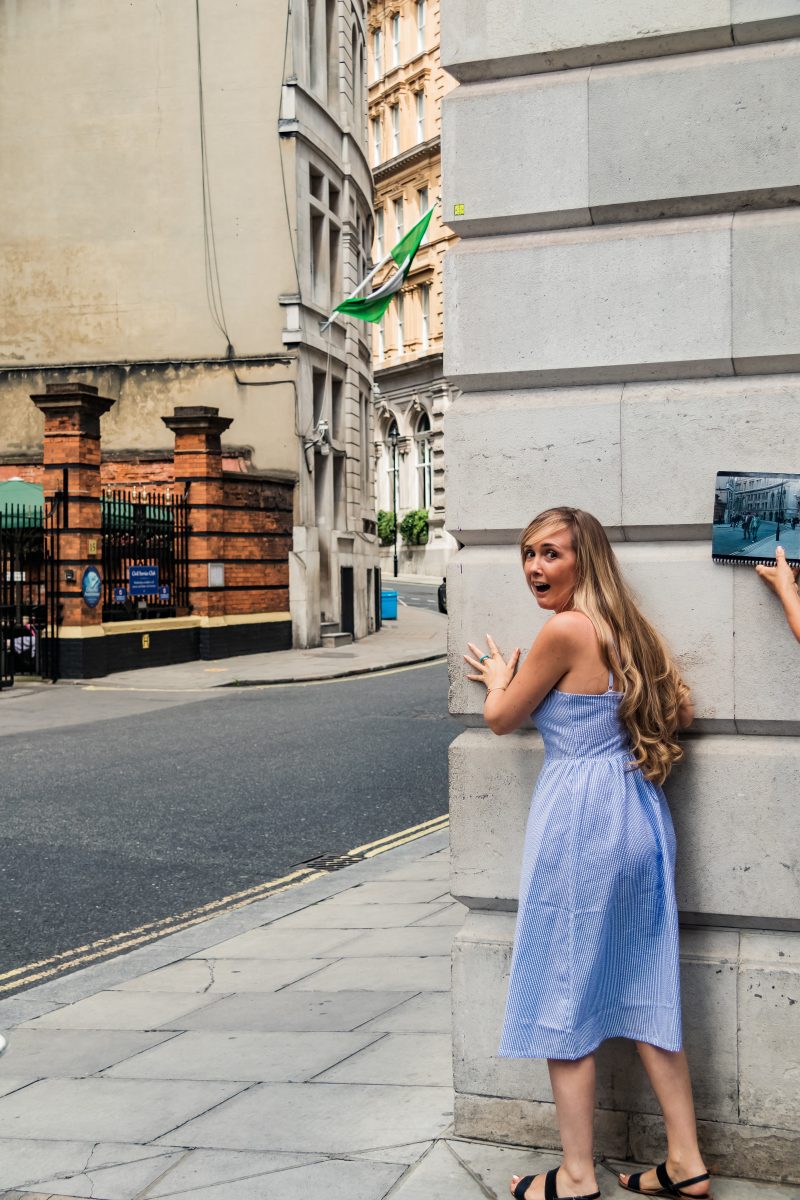 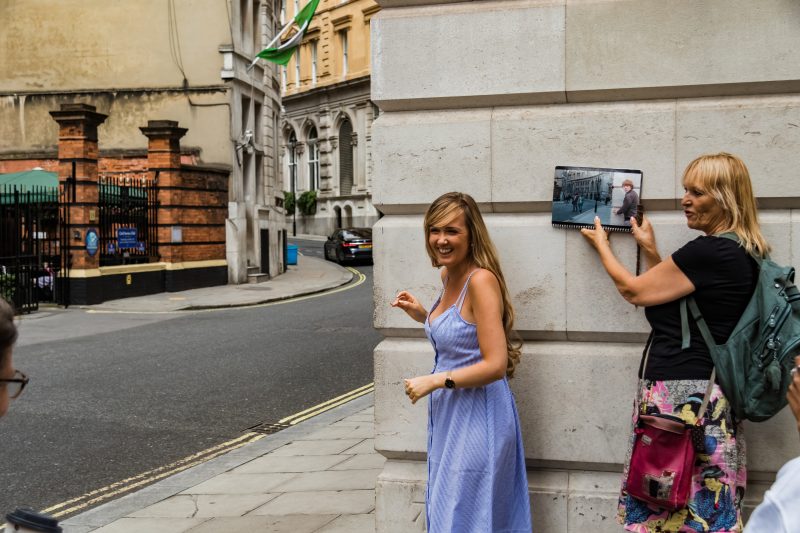 Next, we stopped at St Paul’s and learnt some fun facts about the cast and the things they got up to during filming. Then we headed over Millennium Bridge, which is used to replicate Brockdale bridge from the books, and most recognised for when the death eaters attack the muggle world. 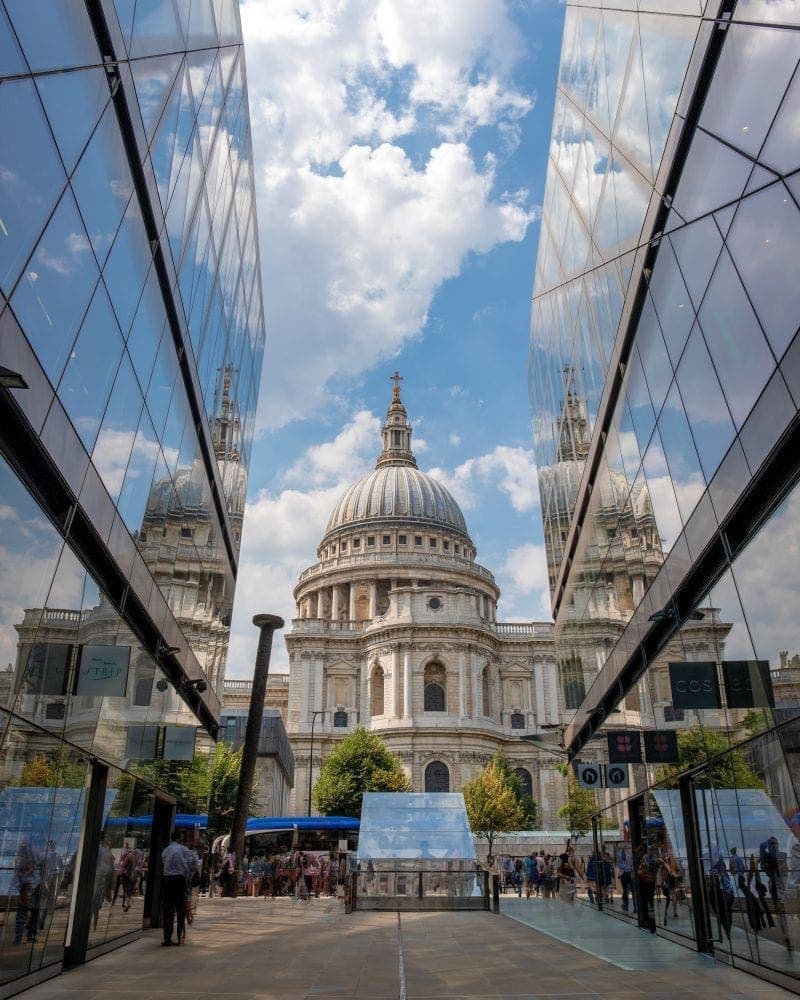 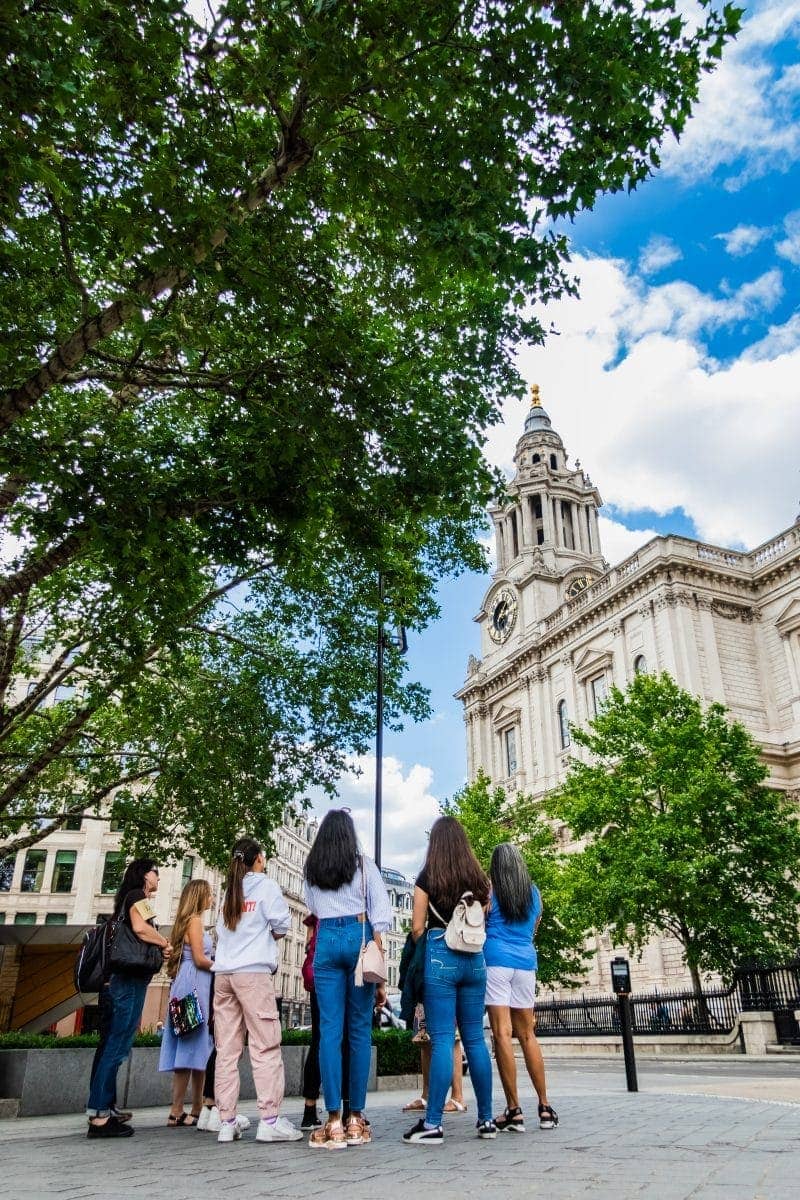 The route also took us through the famous Borough Market. The later the films got the darker they got so the director used the murky arches of the market to replicate the feeling he wanted for the film. The Knight Bus scenes and The Leaky Cauldron scenes were filmed here and the reason you’ll see a taco shop below is because that door was The Leaky Cauldron. 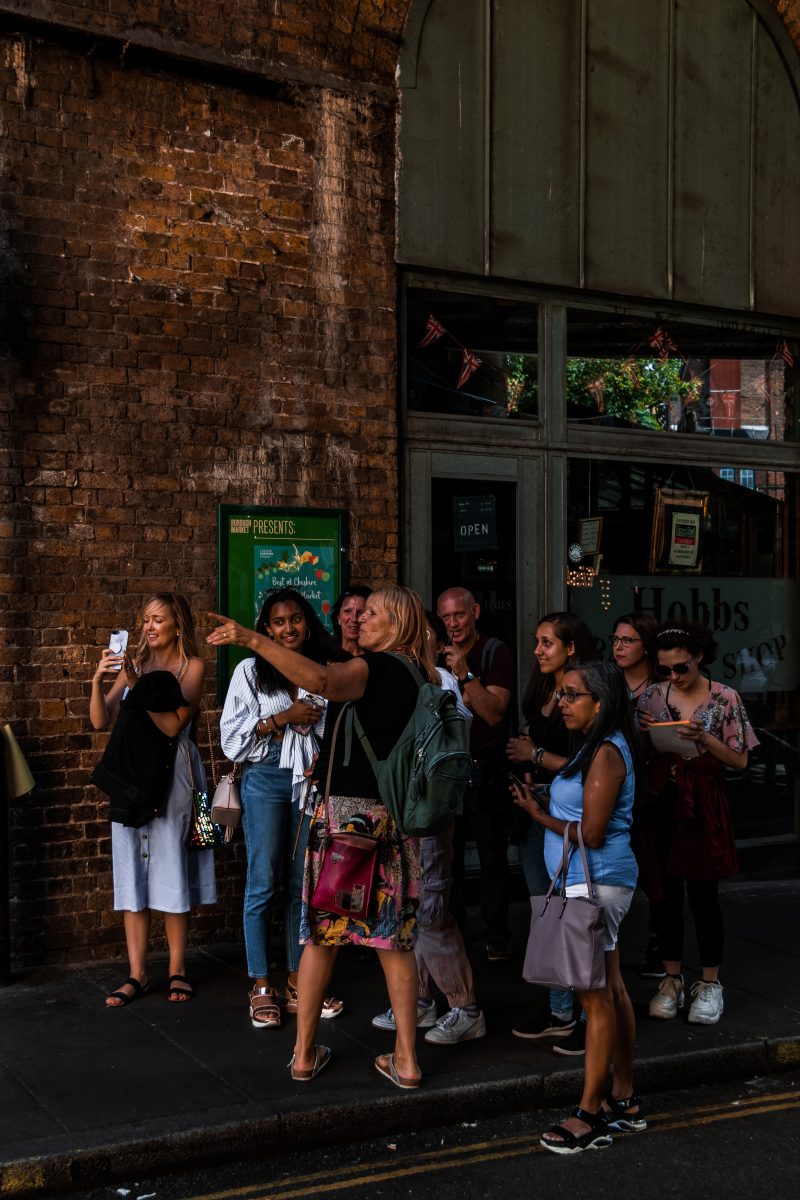 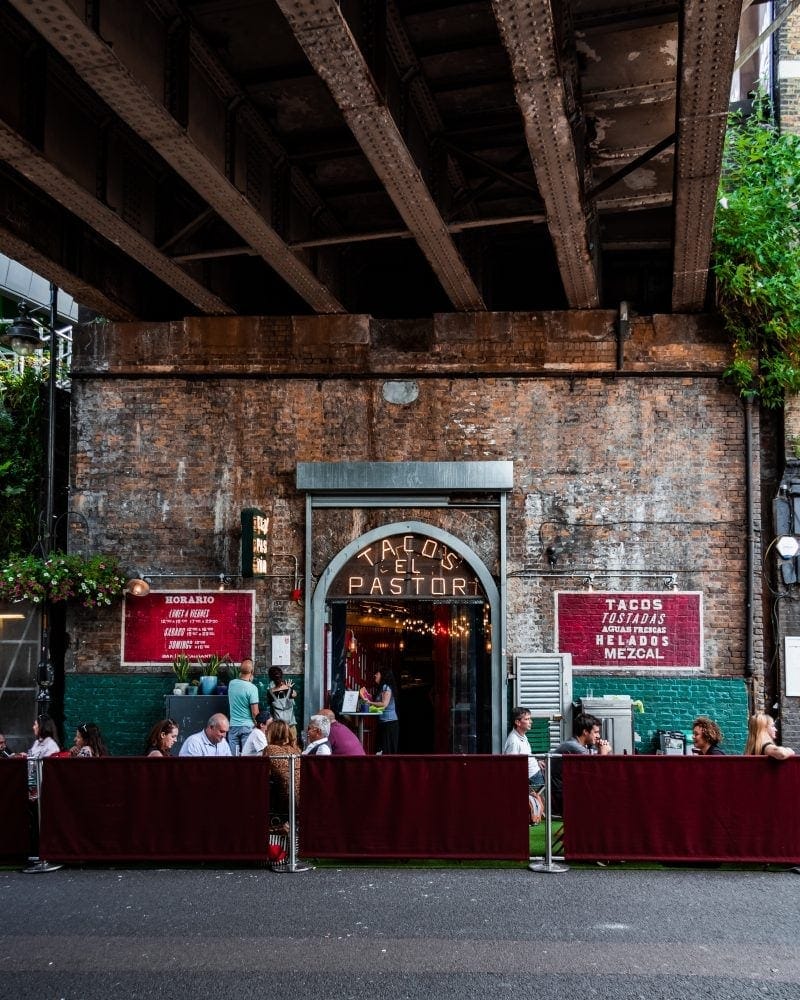 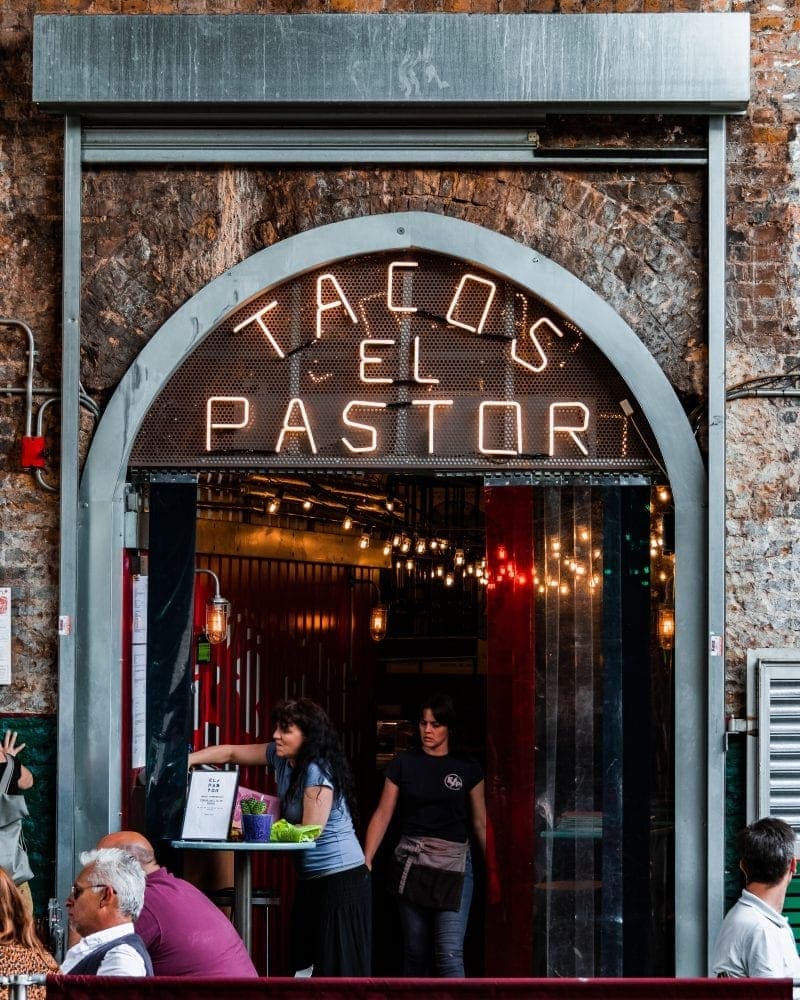 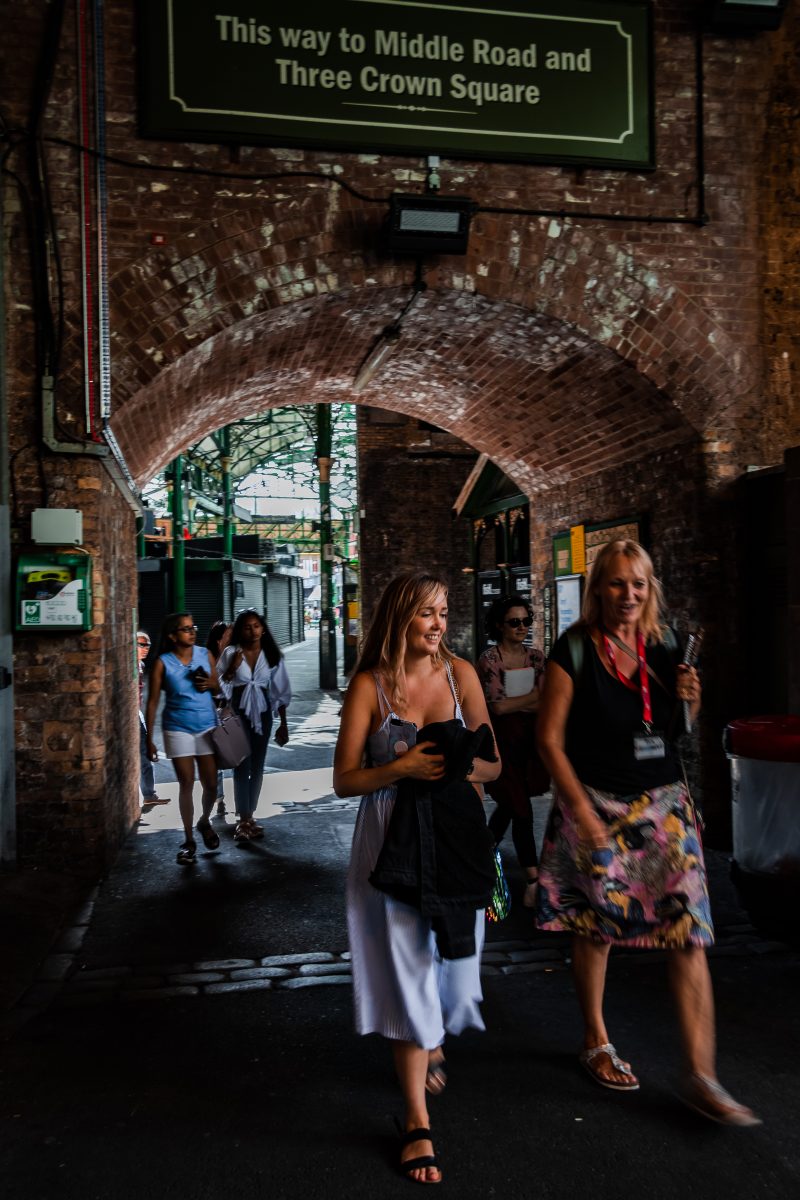 Finally, we ended in the beautiful Leadenhall Market to check out the location for the very first film where Harry meets Hagrid. Harry and Hagrid enter The Leaky Cauldron on the way to Diagon Alley through the blue door below which was actually an optician! You also might be interested to know that some of the scenes that feature Robbie Coltrain (who plays Hagrid) weren’t him at all. It was actually an England rugby player with a robotic head made to look just like Robbie. 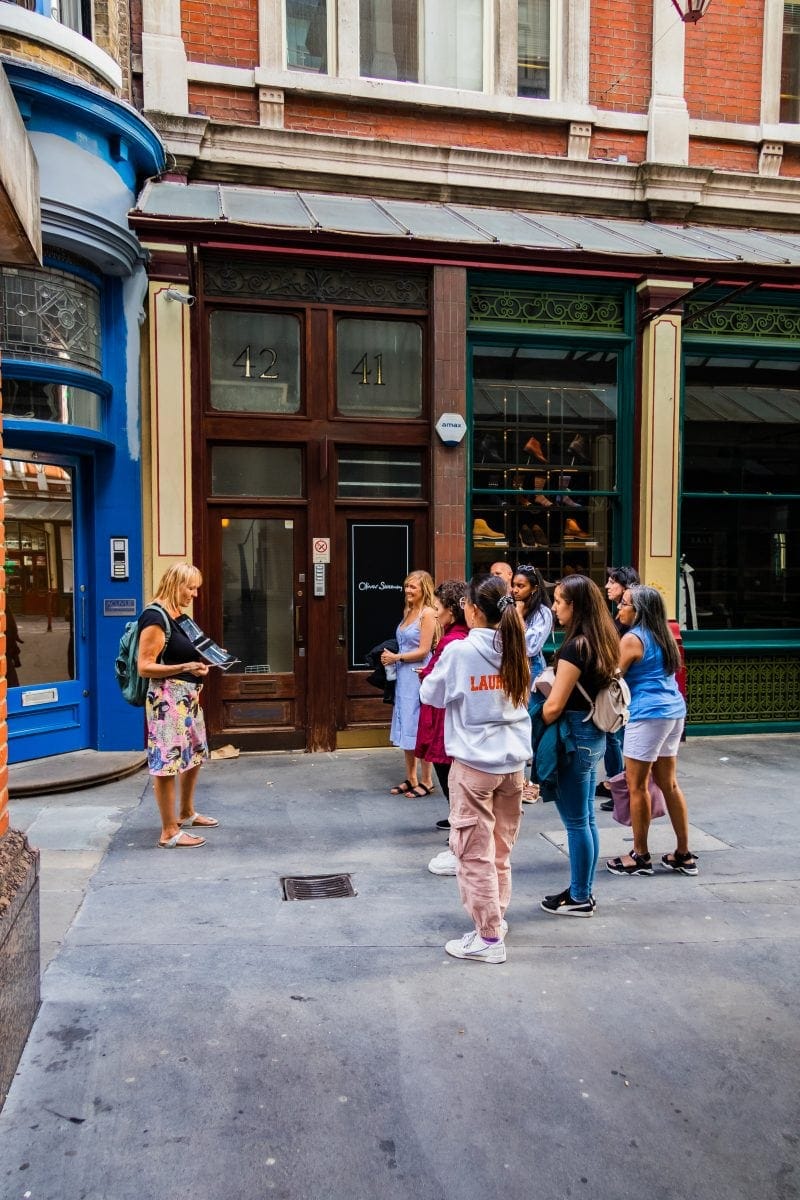 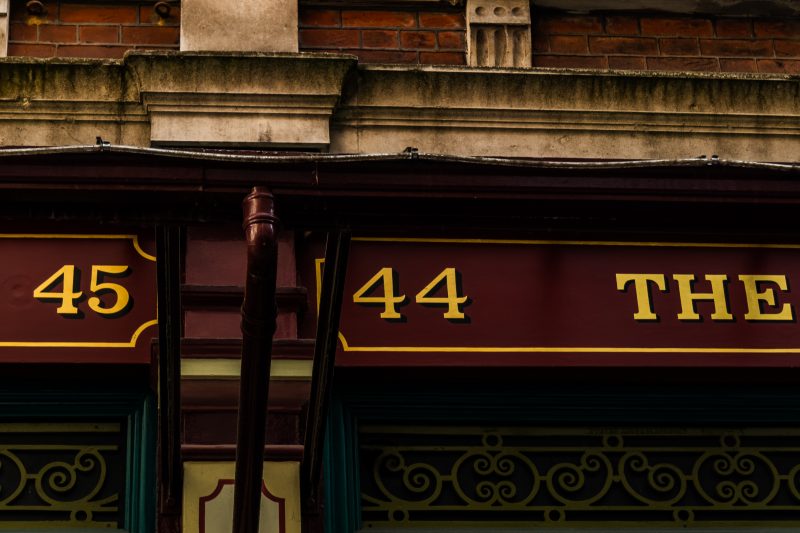 As a true Harry Potter fan, I thought the tour was very enjoyable, and you get a lot of value for your money – it was only £15 for 2.5 hours. How good is that? Again, the tour was booked through Experience Days who host loads of different experience across the UK and you can get your hands on Harry Potter walking tour tickets right here. Otherwise, check out their website here where you can filter by location, activity and price which makes it really easy to find what you’re looking for.  There is something for everyone on all budgets whether you’re looking for a special occasion or just for fun! 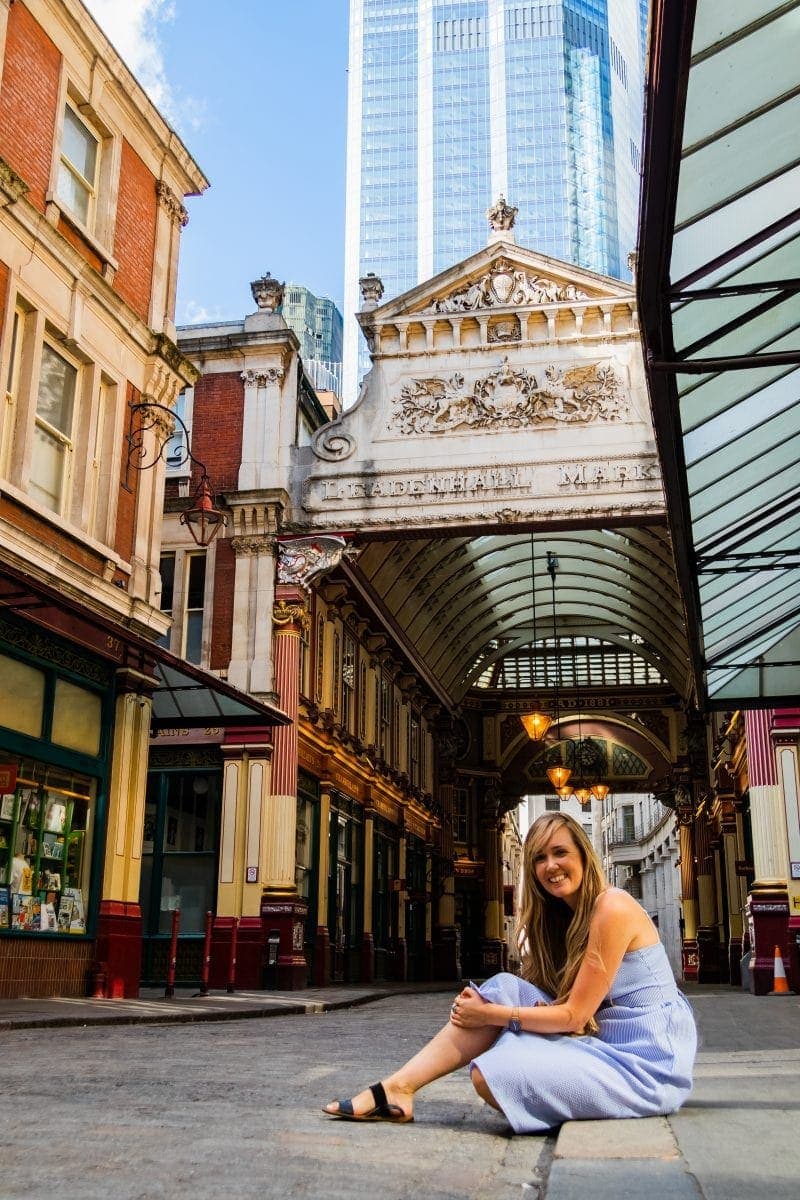 Experience days sponsored this blog post however all thoughts & opinions are my own. 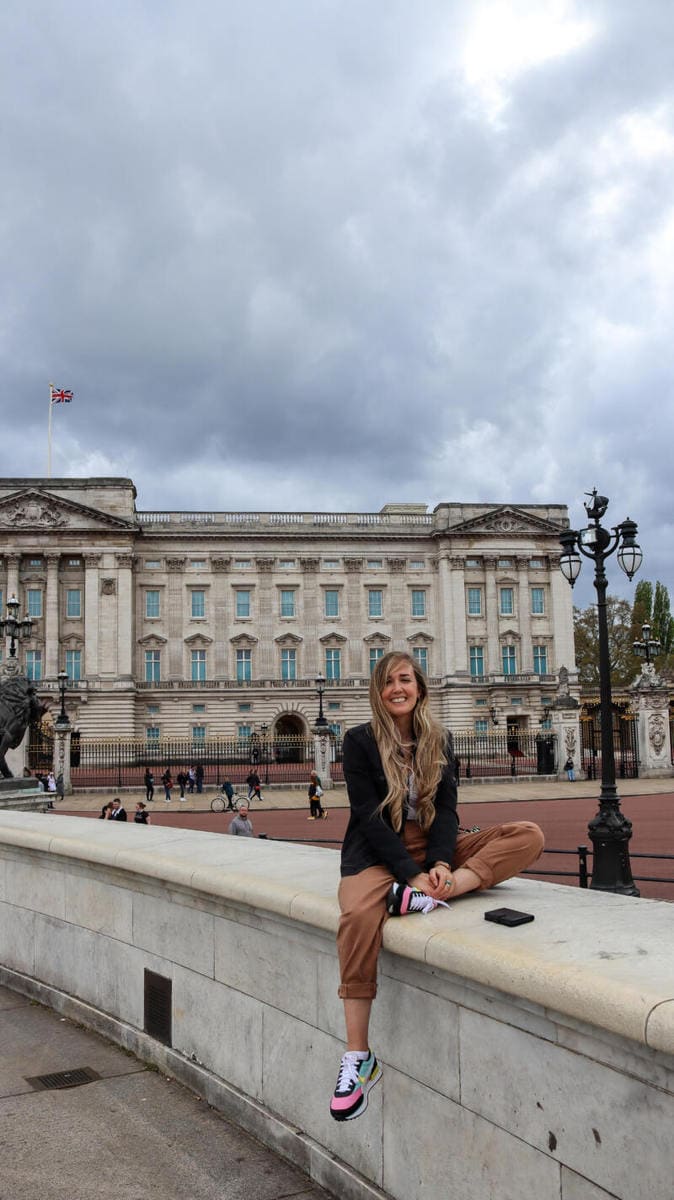