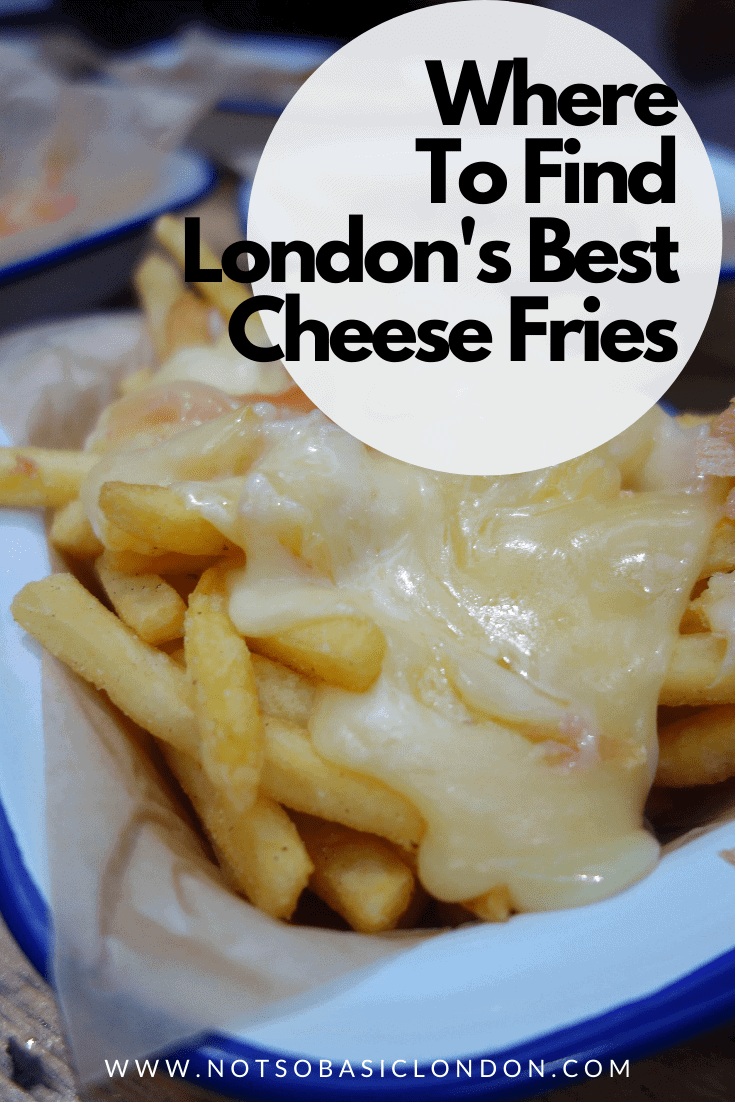 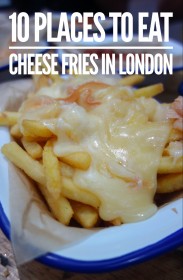 Cheese Fries are probably the easiest, most comforting food you eat! Would you agree? Whether they’re drowned in cheese or actually MADE of cheese, London has some unmissable versions you need to check out. Here’s your ultimate list of where to eat London’s most indulgent cheese fries.

Dip & Flip are famous for their menu dedicated to gravy. We’re talking burgers, patty melts and french dip sandwiches all dipped, soaked and covered in gravy, and yes it is all just as good as it sounds.  Their gravy soaked cheesy chips are part of the menu and add that with a burger plus a milkshake and you’ve got yourself one big, delicious, calorific meal. Their motto is life tastes better dipped in gravy and they’re not wrong! 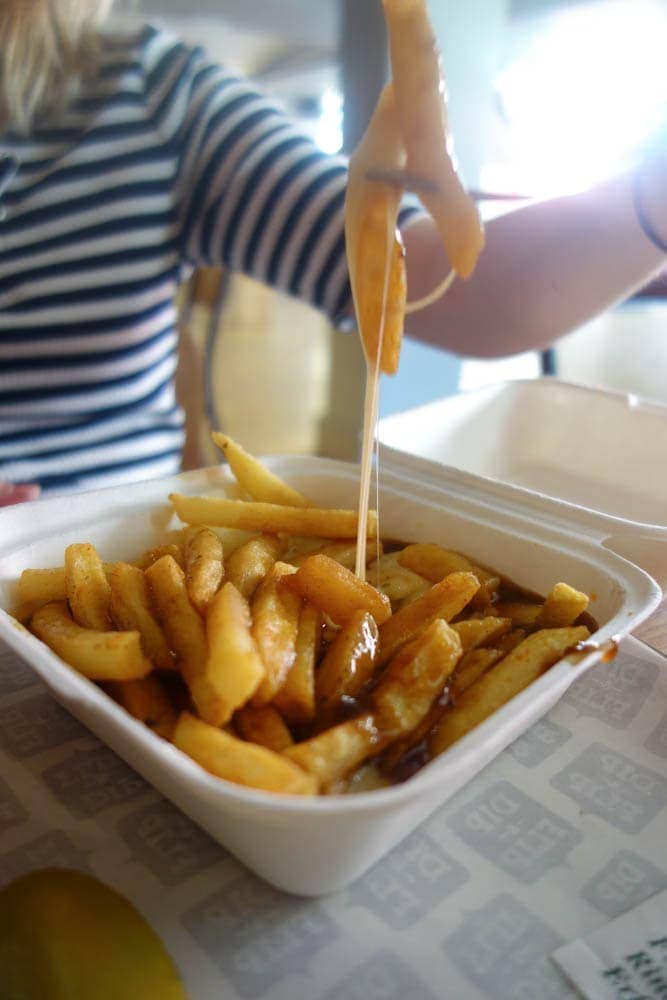 Sometimes you don’t want artisan cheese sourced from a mountaintop some where in France. Sometimes you just want that squeezy fake cheese that we’re supposed to think is disgusting but is actually the best thing ever! Shakeshack’s crinkle cut fries are covered in cheesy goodness and with several branches of this popular fast food chain in London, there is no excuse not to find one and fill your face. 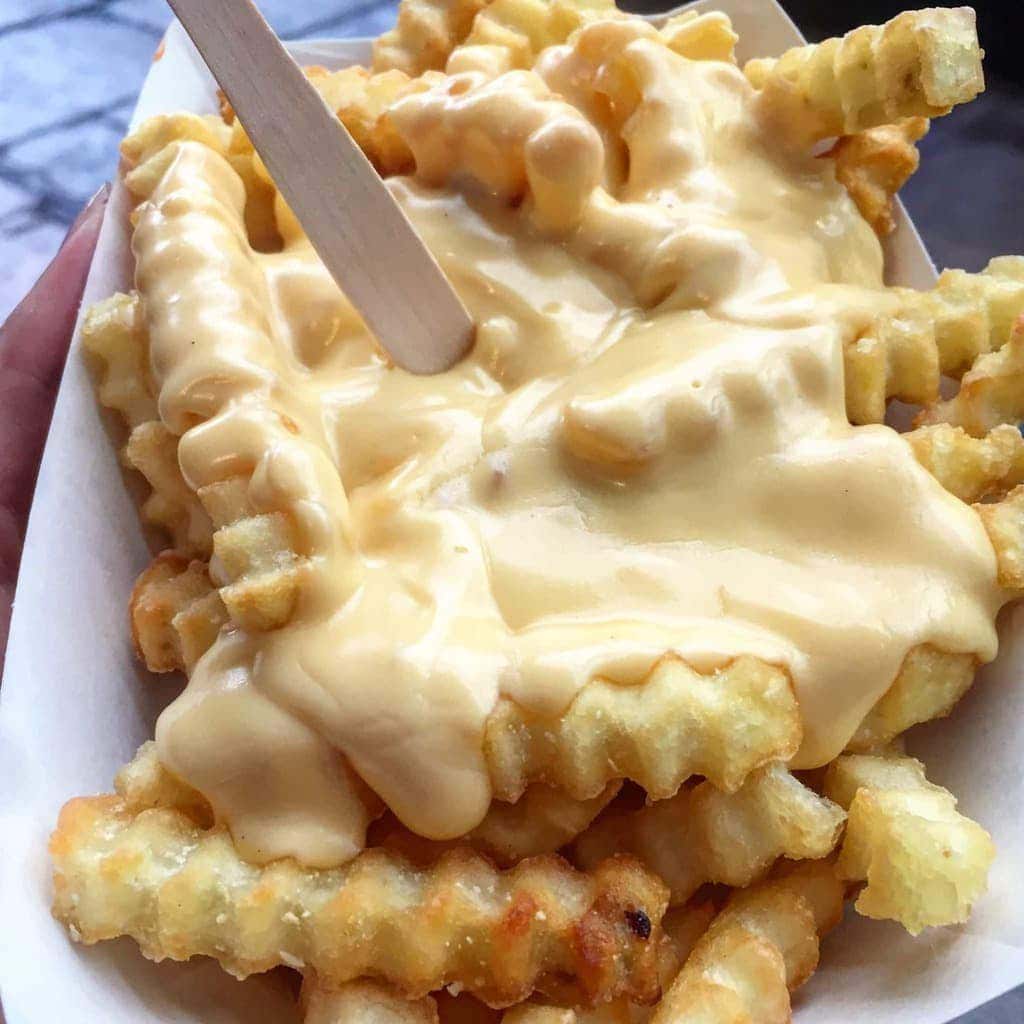 Don’t be deceived by the lack of cheese on the fries at Christopher’s in Covent Garden. They’ve been drizzled in truffle oil first, and then dusted with a layer parmesan. The rich truffle oil with the strong, sharp cheese definitely means less is more here. (Yes, those are pancakes in the background because what else goes better with chips, right?) 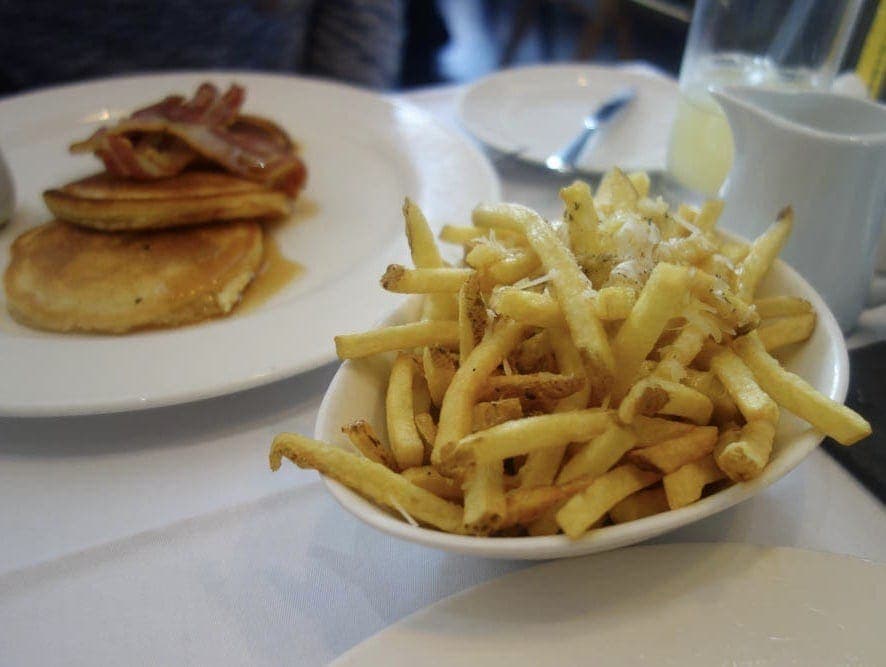 WHERE’S THE CHEEEEEEE I hear you cry? Well, these photogenic fries are actually MADE of cheese. Yes, you read that correctly – MADE. OF. CHEESE! Oli Baba’s fries havn’t come close to a potato because they are made completely out of halloumi cheese. The cheese is then deep fried and covered in pomegranate syrup, yoghurt and mint. Absolutely delicous! Cheesy chips have just gone all trendy on us and they are seriously good. 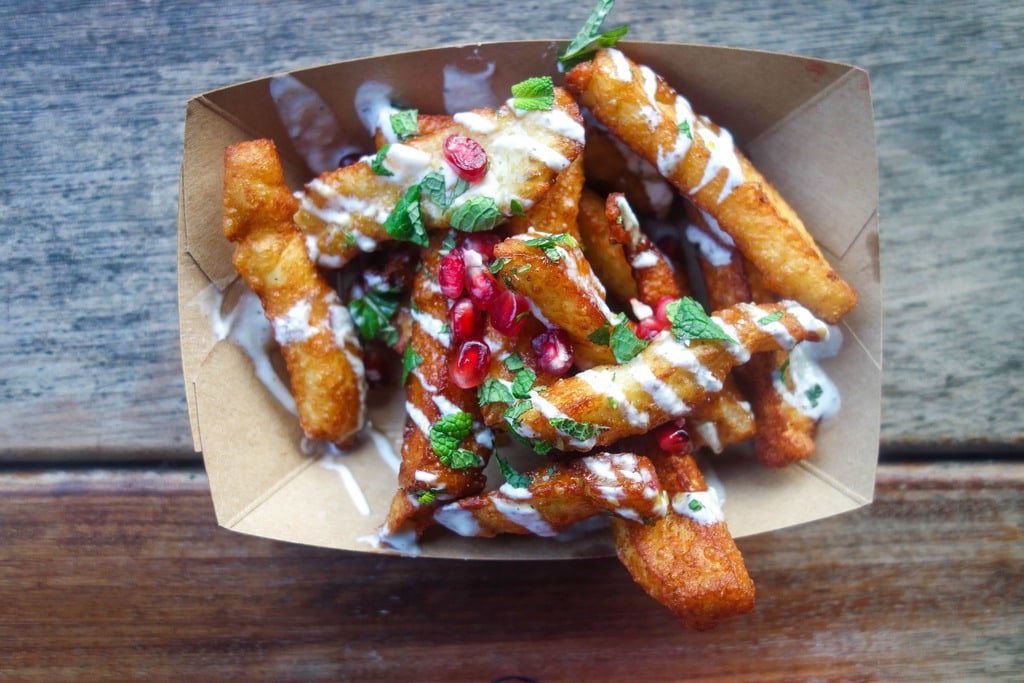 The Joint are famous for their epic pulled pork burgers but they’ve recently partnered with the Raclette Bros and come up with these epic cheese fries. If you haven’t heard of raclette before it’s a wheel of cheese that is heated up until it’s bubbling and molten and then it’s scraped on to your dish; in this case your fries!  If The Joint weren’t epic enough already this has taken them to a whole new level! 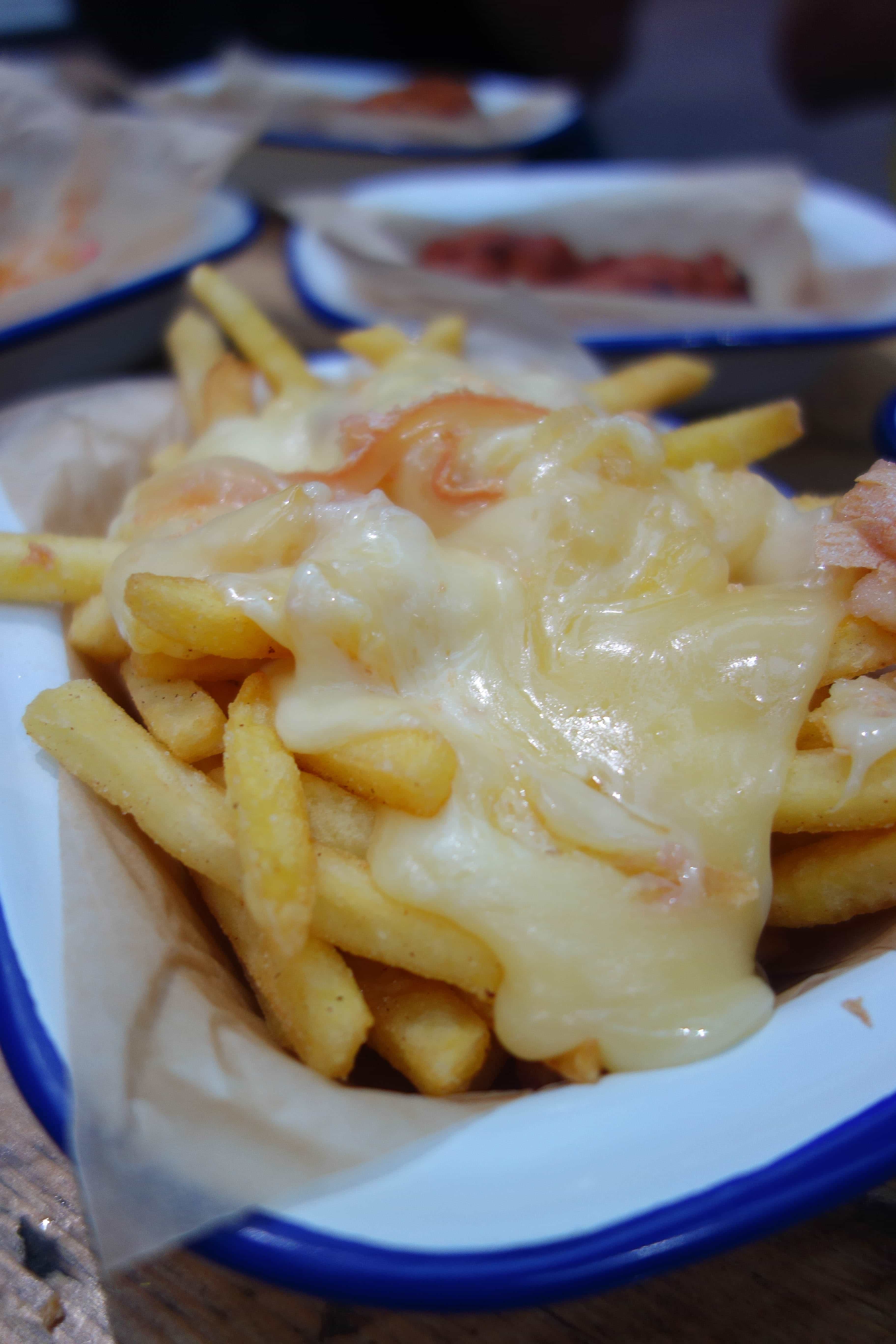 These fries are from German fast food joint Herman Ze German – home of the bratwurst sausage. They are covered in melted cheese, topped with a meaty, chilli sausage and squirted with sweet chilli mayo. Great for a quick, hearty bite! The German’s did good. 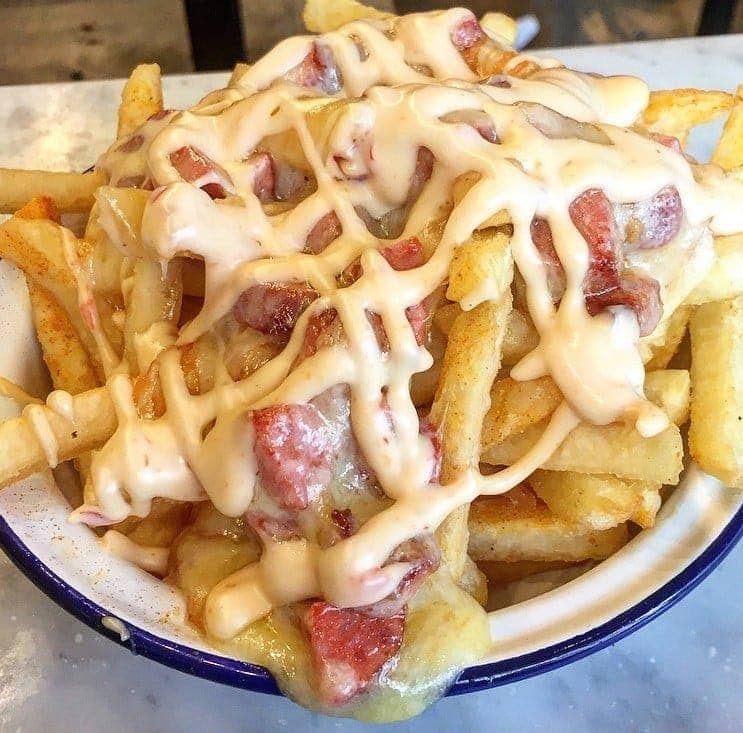 Who said fondue had to be with bread or potatoes? Le Bab are a Middle Eastern restaurant in central London that do posh kebabs plus their signature fondue fries! The cheese sauce has a strong, mustardy taste and with a slight beer tang to it and comes in a generous pot for dipping. A far cry from a post night out kebab and cheesy chips on a Saturday Night. 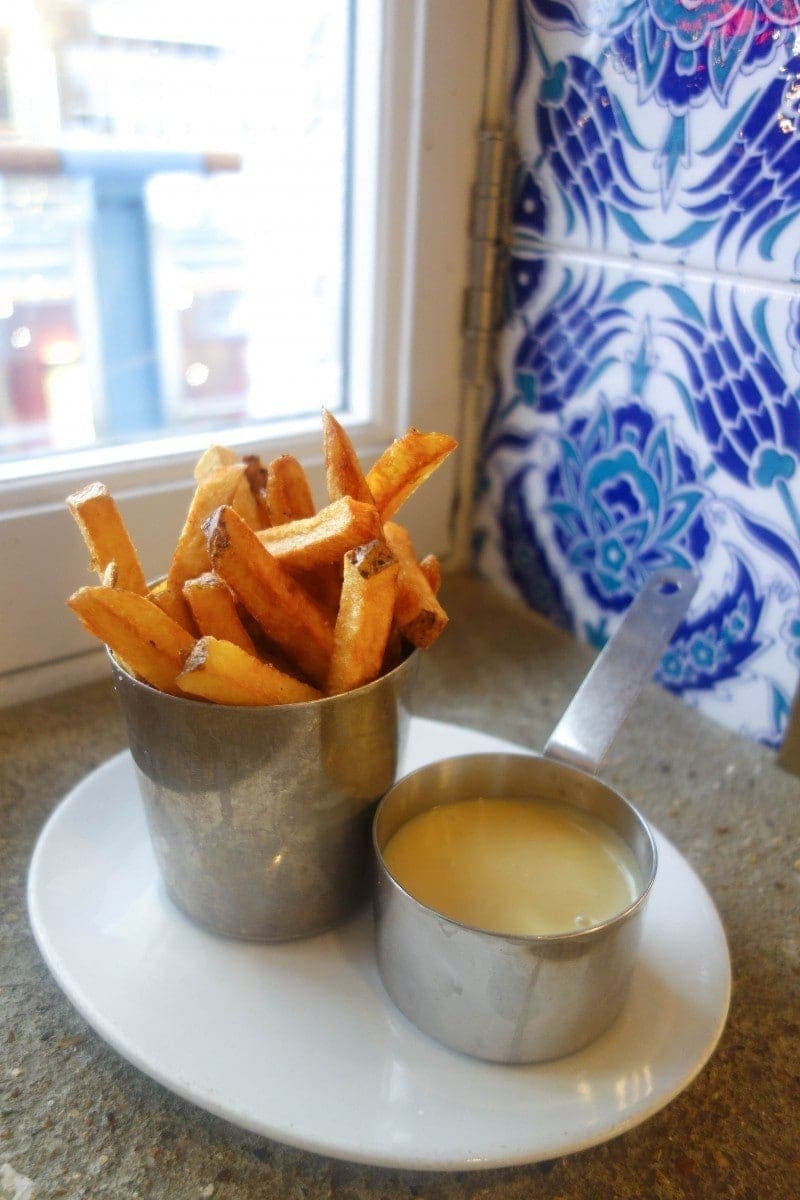 Okay, so they aren’t technically fries but they are round potatoes so it’s basically the same thing! Burger & Beyond are one of the top contenders for London’s best burgers and their tater tots are a great accompaniment to them. You can find Burger & Beyond at street markets Dinerama, KERB, Giant Robot, and most recently their own restaurant in East London. 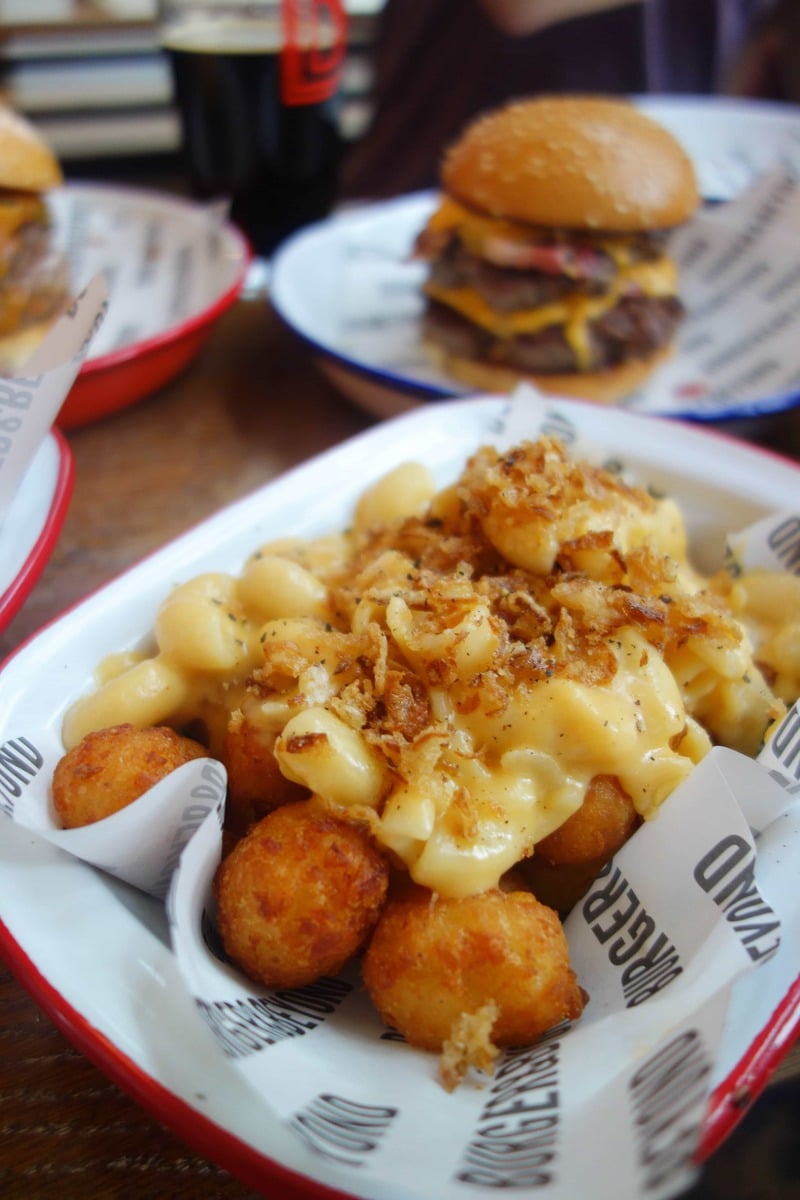 We call it cheese, chips and gravy but the Canadian’s call is poutine. This traditional dish is slightly different to what we know it the UK with the Canadian version topped with cheese curds instead of the usual grated stuff. The Poutinerie specialises in this international delicacy and can be found on Brick Lane every Sunday! 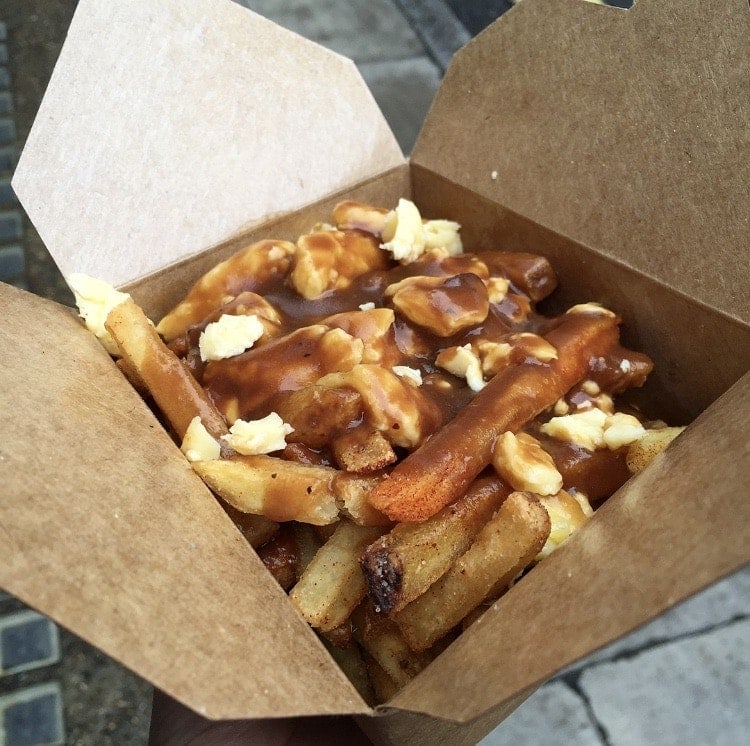 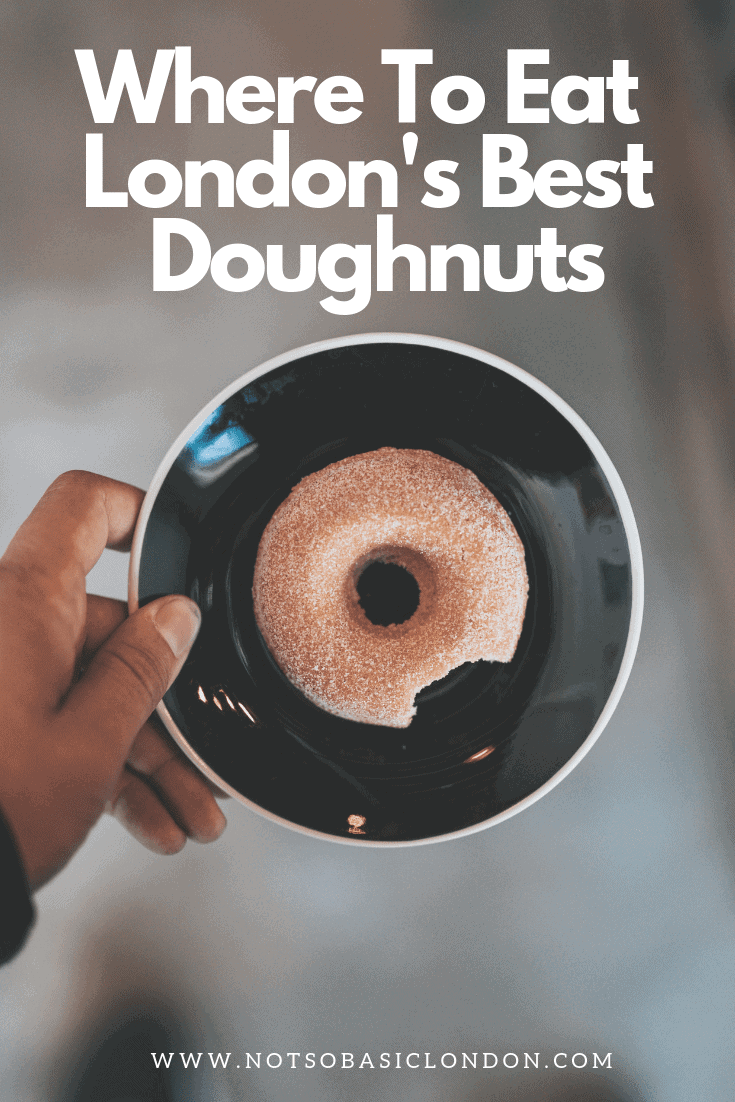