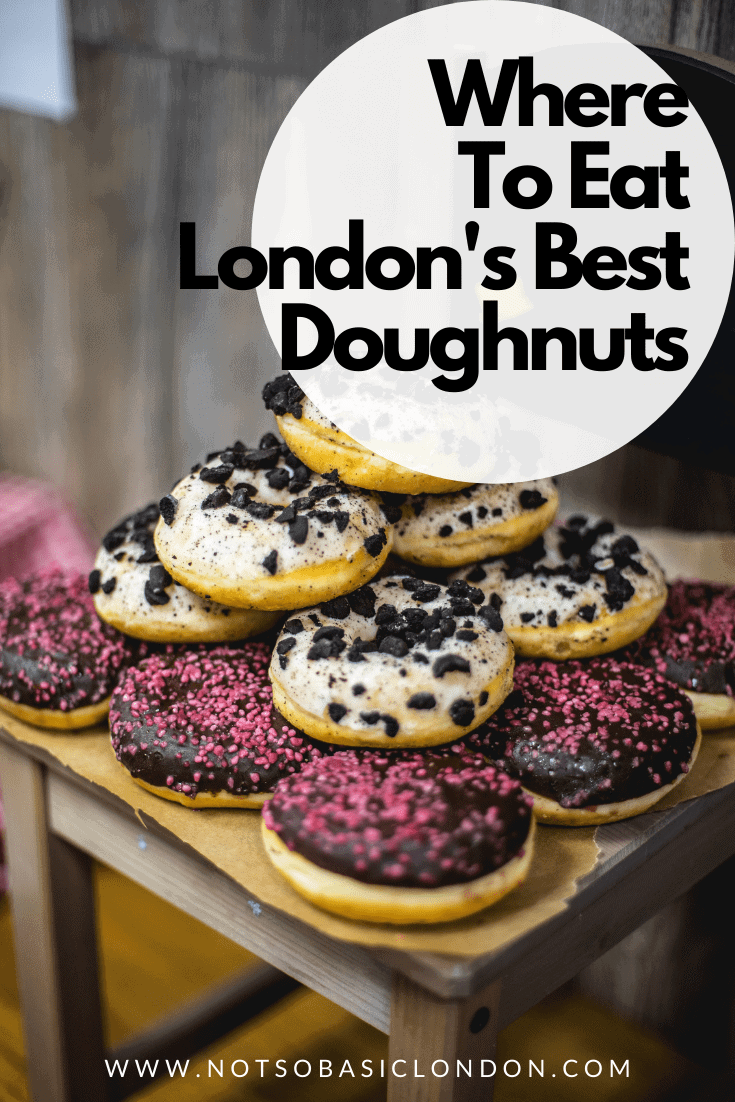 Who here loves doughnuts? It’s a big fat YES from me! Whether you’re into a simple strawberry jam doughnut or something more adventurous London has some amazing places to eat doughnuts. Here’s your ultimate list of where to eat London’s best doughnuts. 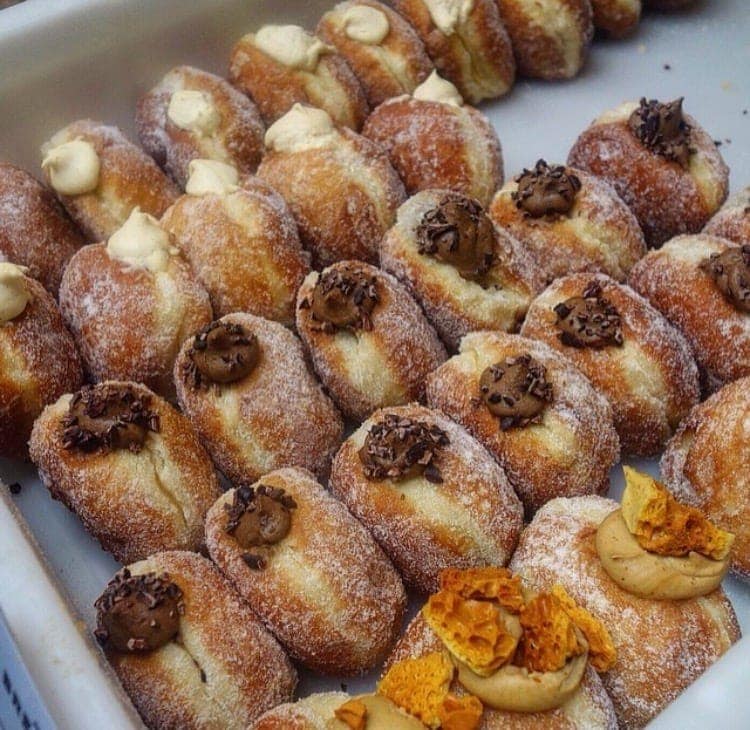 A St. John Doughnut is a thing of beauty. Soft, sugary outside and packed with vanilla custard inside. They’re sold at their beautiful restaurant in East London that’s most famous for their bacon sarnies. A bit of advice would be to get one of those for your main and this for breakfast dessert. That’s one epic start to the day. 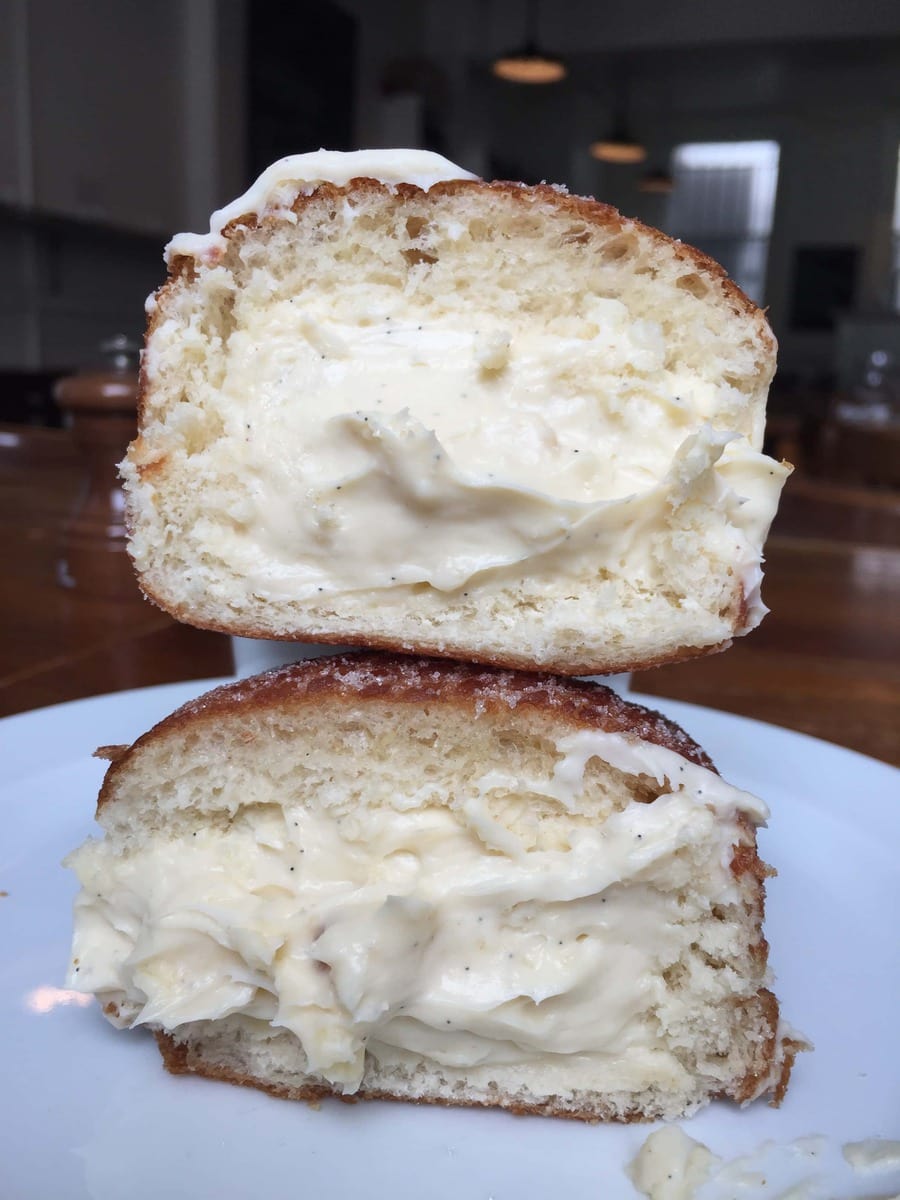 They say the classics are always the best and Dum Dum Donutterie have hit the nail on the head with their raspberry jam doughnut that’s doused in a thick layer of icing sugar and bursting with the sweet stuff. All their doughnuts are baked not fried and if you’re a bit more adventurous they do their famous crone which is a doughnut cone filled like an ice-cream. You can also find them at super trendy places like Box Park in Shoreditch and Brixton Village. Plus they are the only doughnut brand to supply Harrods.

This family-run bakery in Hampstead specialises in THE most beautiful handmade Jewish challah bread, trays of baked goods and these glorious doughnuts. They are big, fat and fluffy, and most certainly don’t skimp on their filling. Flavours include banana cream, raspberry, and an UH MAZE ING apple pie. Video of these babies on my Instagram. 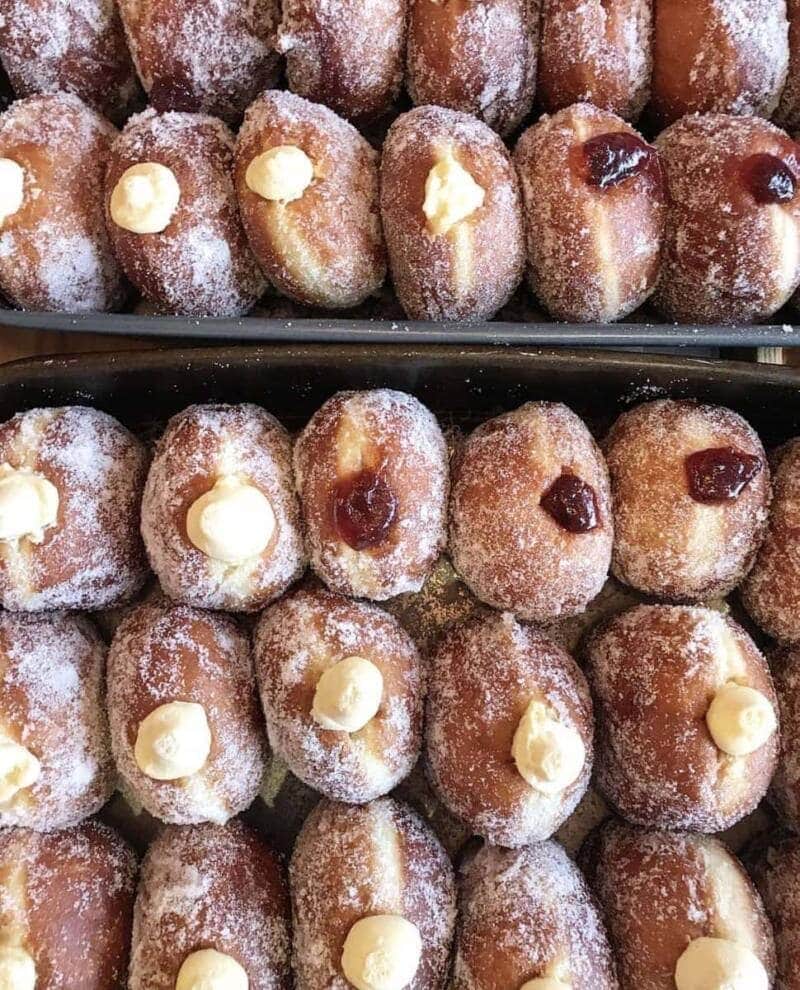 Doughnut Time are the Aussie doughnut kings that have hopped across the water and taken London by storm. Their flavours include Love Actually, Eminem and this epic creation ‘Love At First Bite. Never will you ever see so much Nutella in one doughnut. It’s INSANE!! Find them on Shaftsbury Avenue in central London. 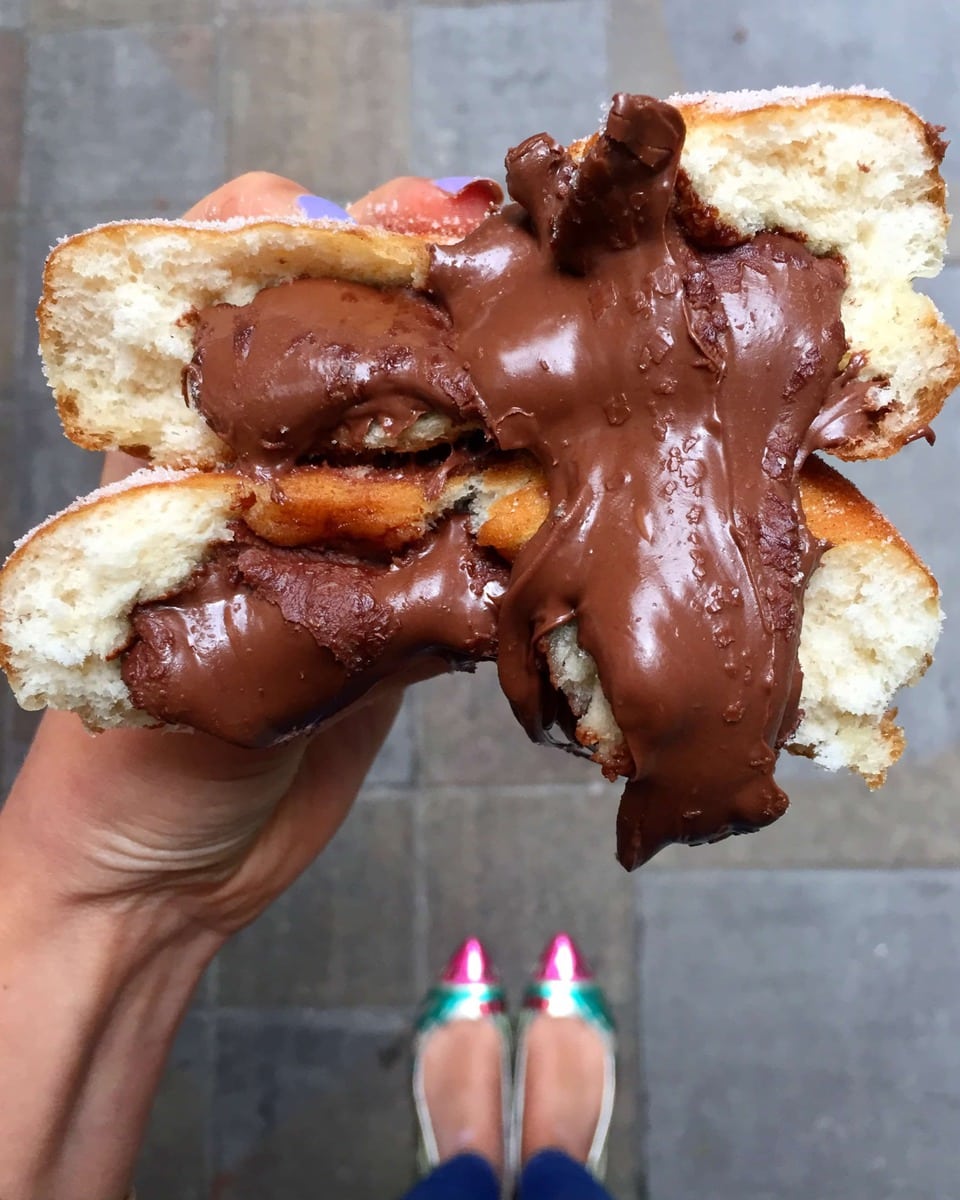 Walk up to the entrance of Camden Market and you’ll see this stand staring you in the face. It must be what doughnut heaven looks like. You’ve got everything from cream filled logs, doughnut twists and rainbow sprinkles. There is literally something for everyone, so which one would you choose?

Made with a hybrid sourdough mix, Crosstown’s doughnuts are chewier and more bread-like than any others in London. They have a few trendy doughnuts/coffee bars across the city and their flavors are quite unique. Beetroot, lemon-thyme and matcha, as well as their Australian inspired ‘lamnut’ (lamington doughnut) which is rolled in chocolate and coconut flakes. YUM.